I acquired my first impression of Chile in the capital, Santiago.  Moving here without a plan or a job meant that I had some exploring to do. The first step was to figure out in which city I wanted to live.  Santiago was high up on the list of possibilities, primarily because it is the largest city (by far) with the most job opportunities.  So, I spent eight days there waiting for it to make a good impression on me… It didn’t, and here’s why:

Santiago by the numbers:

Santiago lies in a valley practically surrounded by the Andes mountains, which are only a 45 minute drive outside the city.  On a clear day, the views are impressive with the mountains looming high and snow-capped over the city.  They are, perhaps, one of the few things that make the city beautiful, but also one of its biggest drawbacks: the mountains contribute to thermal inversion, which causes air pollution and smog to be trapped in the valley.  In the winter months, the smog is so bad that the city has declared an “Air Pollution Emergency” on several occasions.  I have heard from locals that the air pollution stems from too many cars on the streets, wood-burning stoves, and a nearby copper mine.  The pollution causes thousands of cases of respiratory disease every year.  Many Chileans seem to despise Santiago for this reason alone.  Some refuse to live there for fear of raising their children in such a polluted environment.  Indeed, after being there for more than a week I developed a strange cough that was not accompanied by a cold.  I also often had a burning sensation in my eyes, which I could only attribute to the high levels of smog and which I only felt while in Santiago. 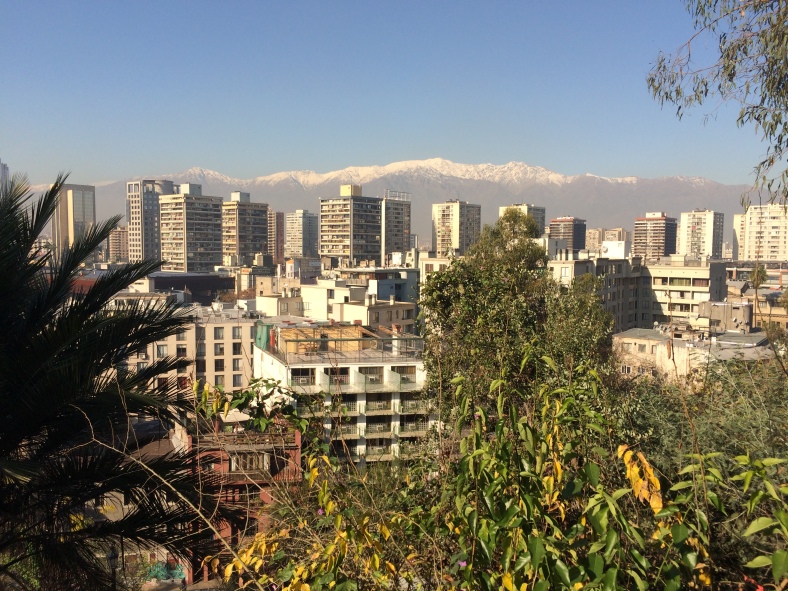 As for the city itself, Santiago offers very little charm.  It’s a big, sprawling urban space, highly commercialized and mostly modern.  The Plaza de Armas (a common plaza in most large Latin American cities) is just a large, gray square surrounded by historic buildings with no character.  The city’s main streets are lined with department stores, cell phone companies, banks, and empanada stands.  They are congested and everyone seems to be in a hurry to get somewhere. 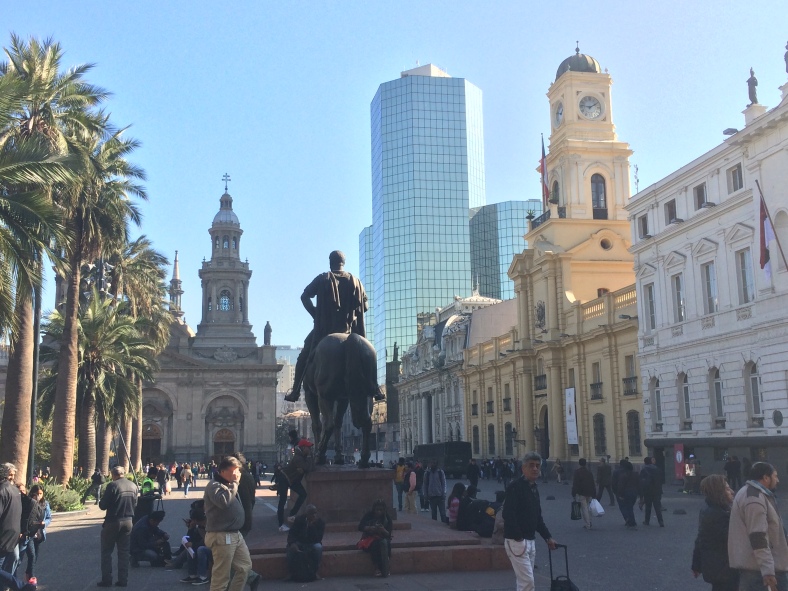 However, there are some highlights in the city, some places to escape the crowds and see the city in a different light:

Cerro Santa Lucia (Santa Lucia Hill) – This is a small hill in the center of the city featuring a park, a chapel, a castle, some sculptures, and an amazing view of the city and the Andes (again, only on a clear day).  It is a great respite from the rest of the city, even though it’s literally right in the middle of everything. 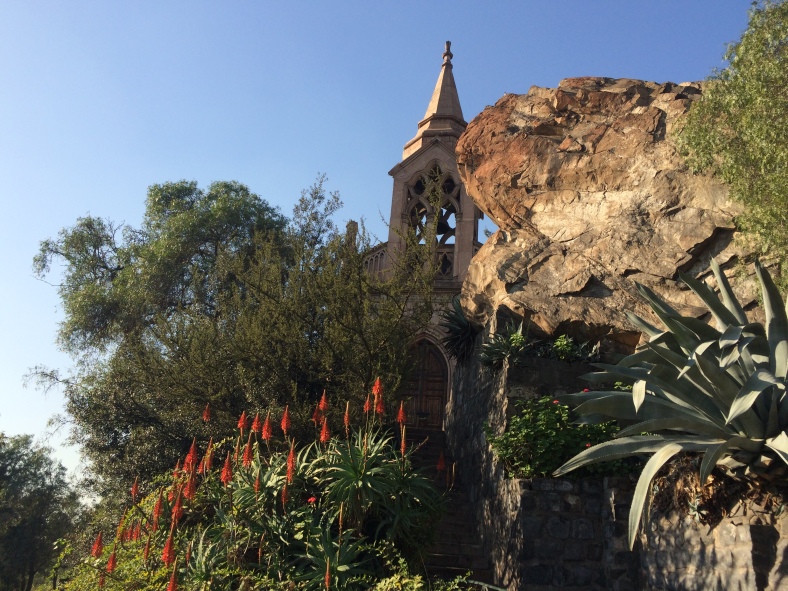 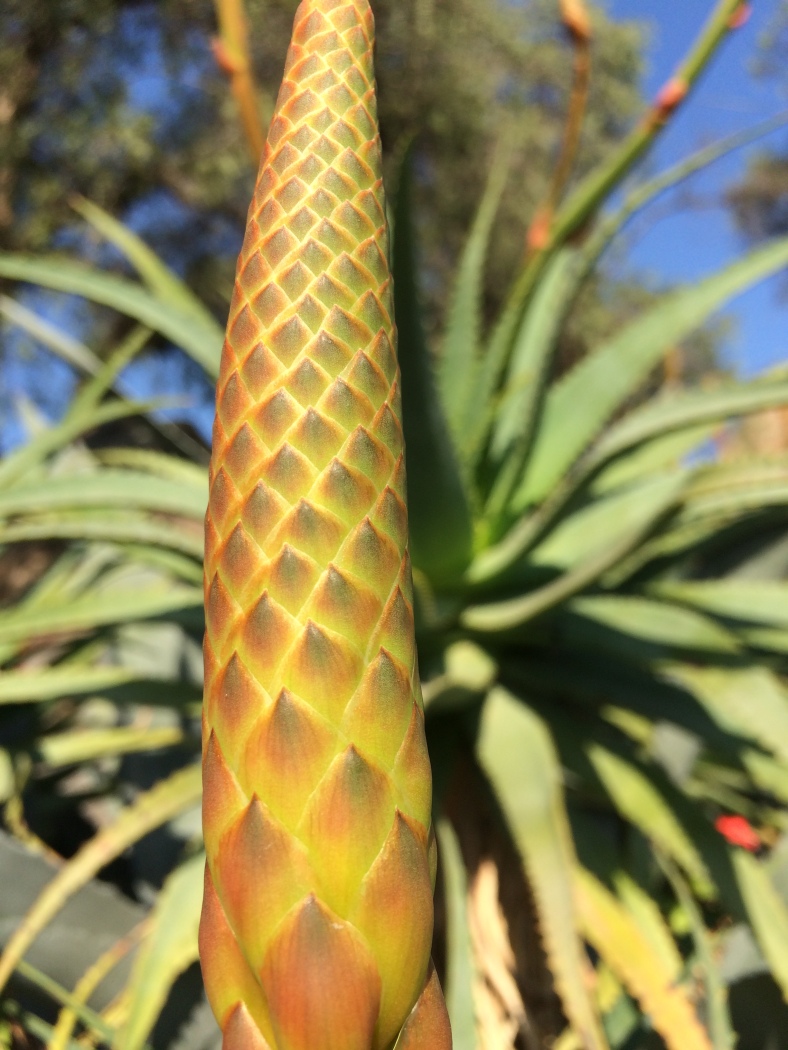 Barrio Lastarría – This is a historic neighborhood full of bars, restaurants, hotels, boutique shops, and a famous ice cream shop (Emporio La Rosa).  There are also vendors selling handmade items and used books in the street.  It is a delightful place to spend an afternoon.

Museo de la Memoria y los Derechos Humanos (Museum of Memory and Human Rights) – A long, vague name for a museum dedicated to the atrocities committed by the Pinochet regime here in Chile.  You can take an audio tour for just a few dollars and it’s very educational and interesting.  I walked out feeling depressed, but also smarter and with a better awareness of Chile’s past, people, and culture. 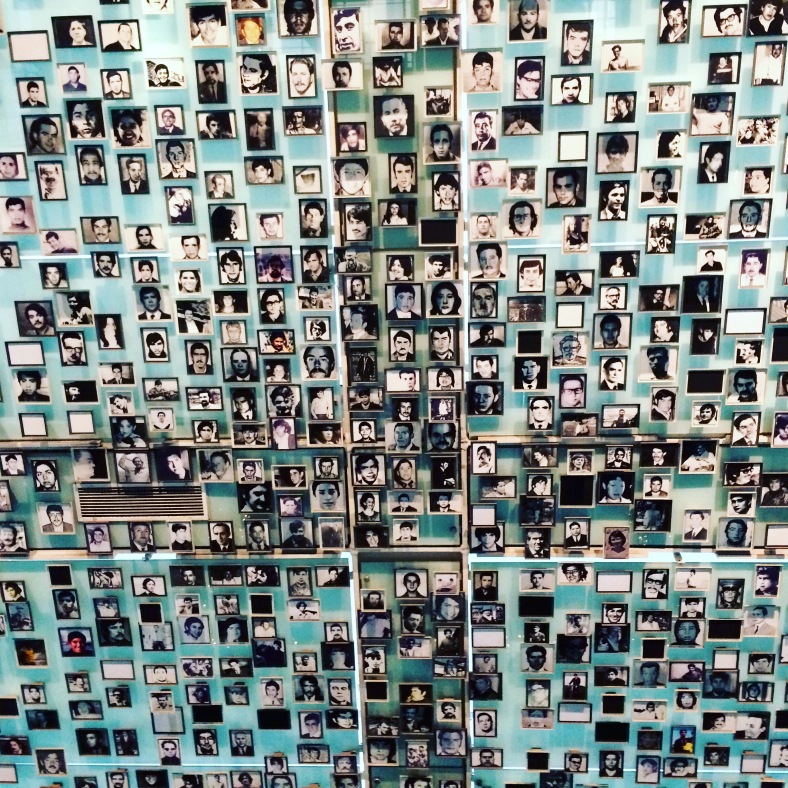 Museo de Arte Contemporaneo (MAC) – A small contemporary art museum that just happened to have some interesting exhibits while we were there.  Bonus:  it’s free. 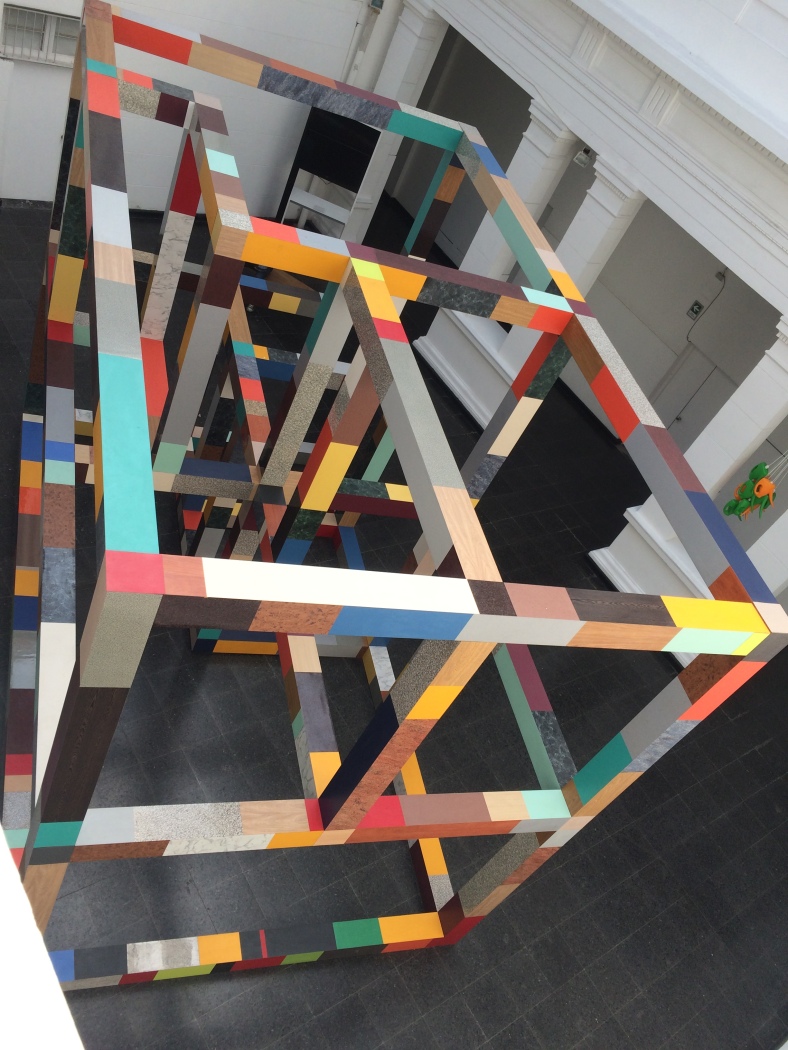 Some other things that I actually enjoyed about Santiago were the street art/graffiti, the street dogs wearing jackets, and last but not least, my amazing Couchsurfing hosts who were so welcoming, thoughtful, and helpful.  Muchas gracias a Ignacio, Sebastian, y Juan! 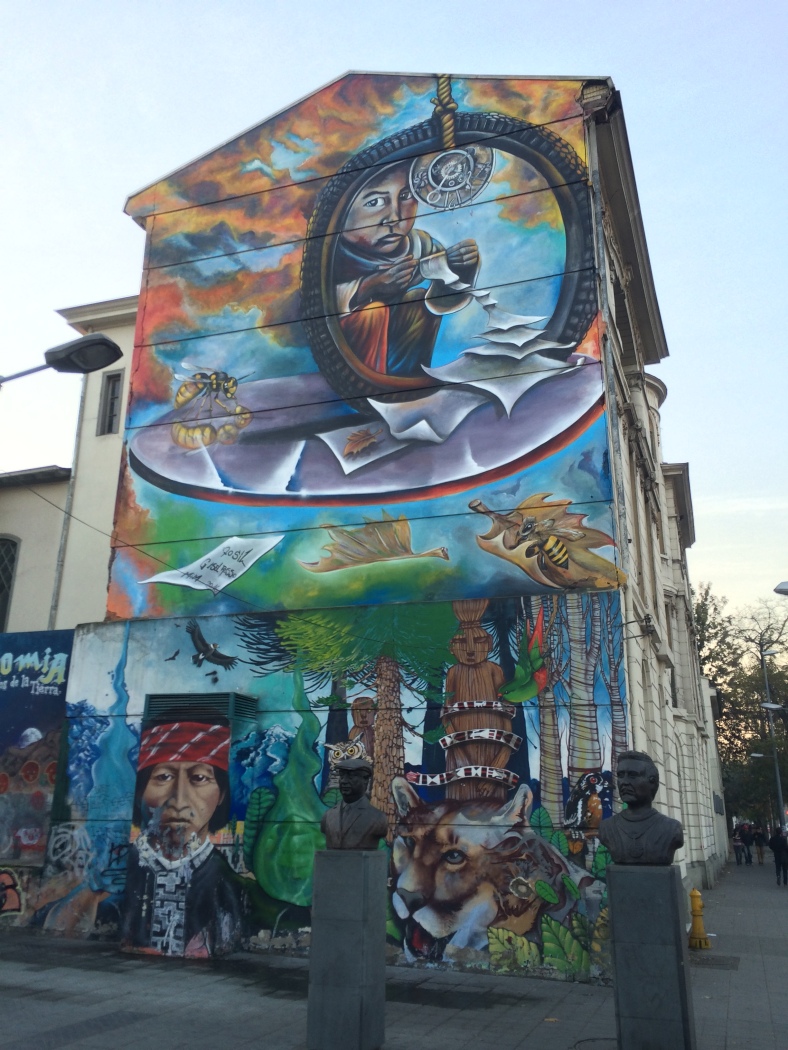 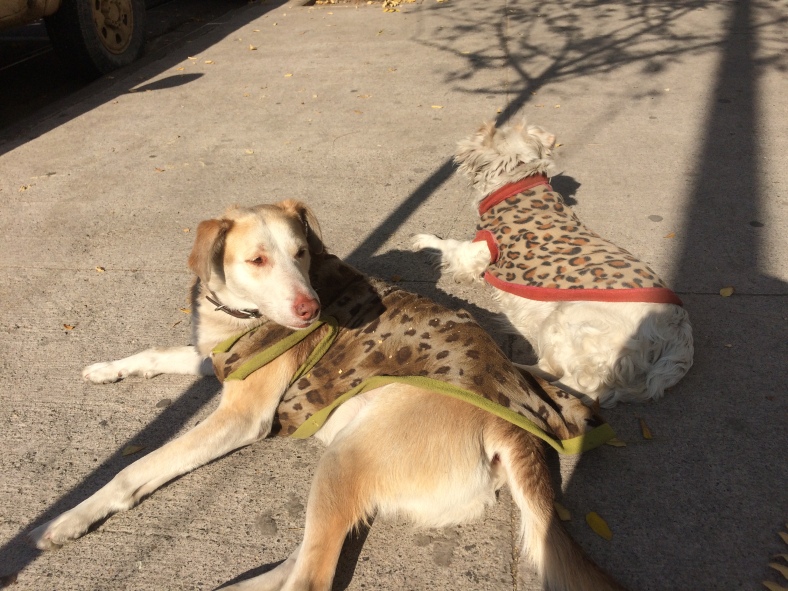 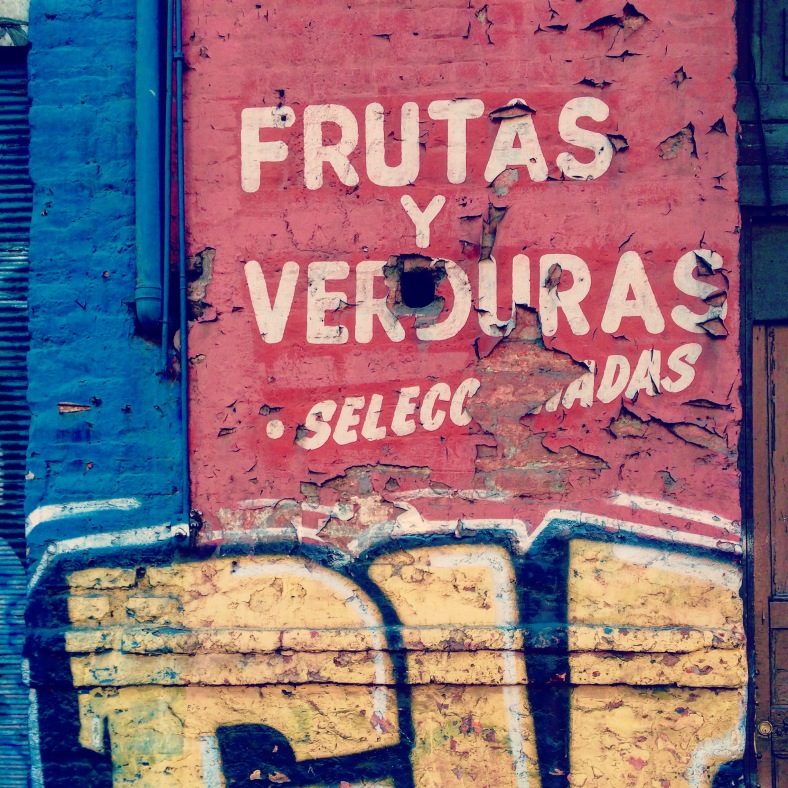 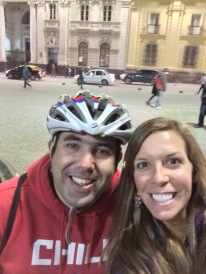 So, even though Santiago does have its pros alongside all of its cons, it just didn’t touch my heart and soul the way some places do.  I believe I gave it a fair chance, but Santiago will never be my boyfriend.