I never had plans to travel to Vietnam, but after meeting so many travelers who reported that it was their favorite country I have to admit I was more than curious.  So when my travel partners, Natalie and Lauren, invited me to join them for their two-week trip, I just had to say yes.  So, on May 1 I flew from Bali to Ho Chi Minh City (Saigon) and met up with the girls.

We only spent one full day in the city, which doesn’t really do it justice, but it was enough time to visit one of the most important sites in the city: The War Remnants Museum.  It certainly has a grim name, and an even more grim subject, but the museum itself is well-organized, educational, and fascinating with so many relics and stories about the Vietnam War (which, naturally is referred to as the American War here in Vietnam).

In truth, it was both infuriating and mortifying to be an American learning about the war from the Vietnamese perspective.  The atrocities we committed, the lies our government told, all the innocent lives lost… it is just all so horrific.  And as an American, I could not help but feel a sense of responsibility for what “my” country did, even though I wasn’t even alive yet.  In those moments, more than ever during my travels, I wanted to lie and say I was Canadian because it felt so shameful to be American in that museum.

The most disturbing area of the museum, hands down, was the section that covered Agent Orange and the other chemical warfare that the US dropped all over Vietnam.  For nearly ten years, the US military used Agent Orange and other chemicals to “defoliate” (clear out jungles, forests, crops, and contaminate water source) large expanses of land.  But the chemicals don’t just kill plants, of course.  Vietnam reported that 400,000 people were killed or maimed by chemical warfare during the war.  And it doesn’t have short-term consequences.  Ever since the 1960s, Vietnamese and American victims of Agent Orange exposure have suffered from miscarriages, birth defects, skin rashes, psychological problems, muscular dysfunction, nervous system disorders, and cancer.  The genetic effects of exposure to Agent Orange can even skip generations, so Vietnam War veterans’ children and grandchildren are also victims of this toxic chemical.  Half a million Vietnamese babies have been born with serious birth defects since the war.  Two million Vietnamese are living with cancer or other illnesses caused by Agent Orange.  To make matters worse, here’s an excerpt from history.com regarding a class action lawsuit filed by Vietnamese war veterans and their families:

In 2004, a group of Vietnamese citizens filed a class-action lawsuit against more than 30 chemical companies, including the same ones that settled with the U.S. veterans in 1984. The suit, which sought billions of dollars worth of damages, claimed that Agent Orange and its poisonous effects left a legacy of health problems and that its use constituted a violation of international law. In March 2005, a federal judge in Brooklyn, New York, dismissed the suit; another U.S. court rejected a final appeal in 2008.

So, US war veterans got a settlement in the same kind of lawsuit against the companies that created Agent Orange, but Vietnamese veterans got NOTHING. 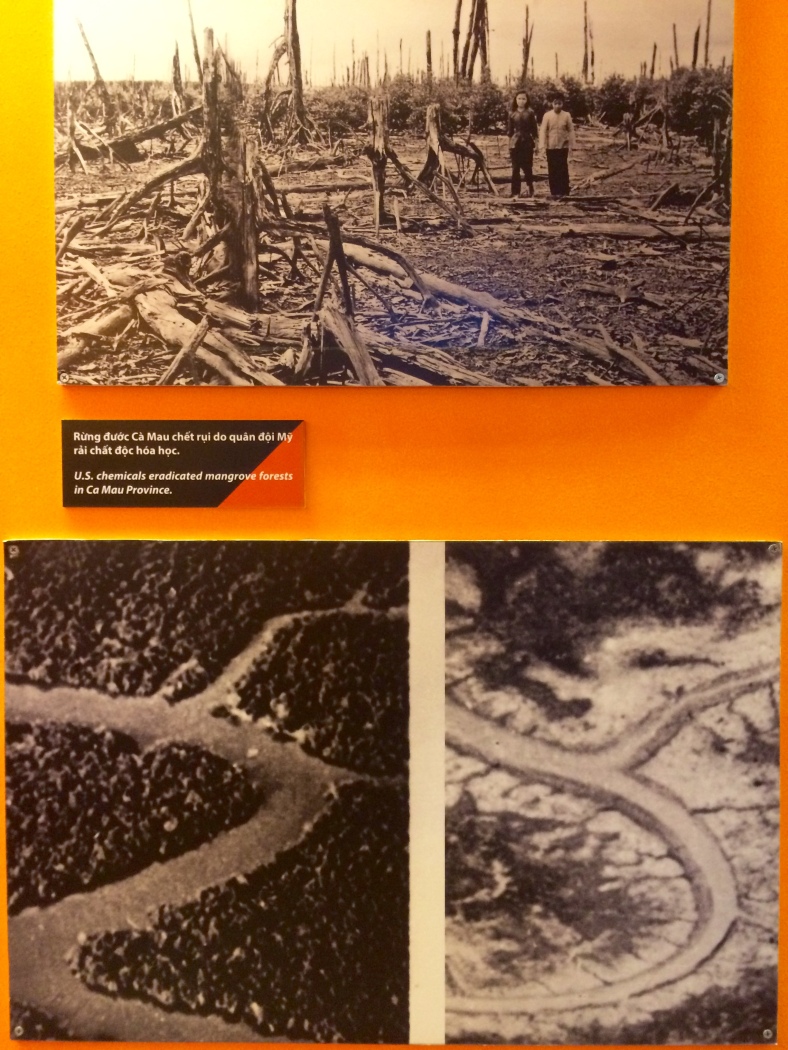 One of the most poignant areas of the museum is the first floor, where you can find anti-war propaganda posters from literally ALL OVER THE WORLD.  Practically every nation was against the war, with protests happening not just across the United States, but all around the world.  It makes me wonder… what was the US government thinking?!? 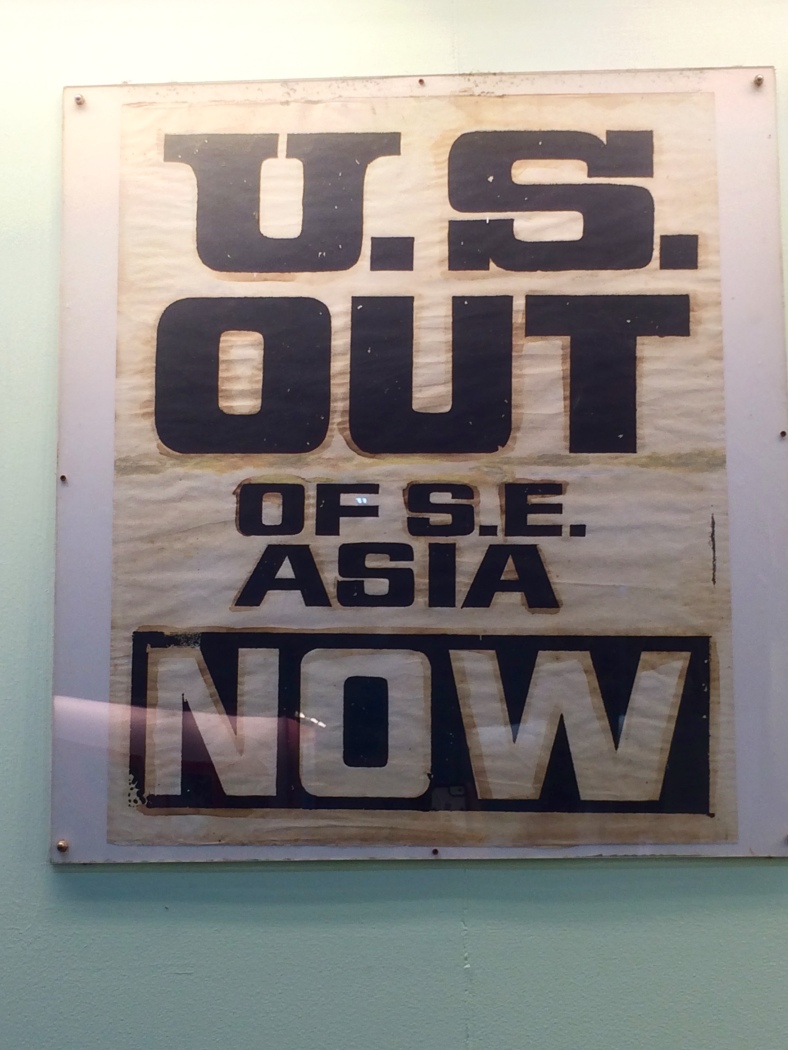 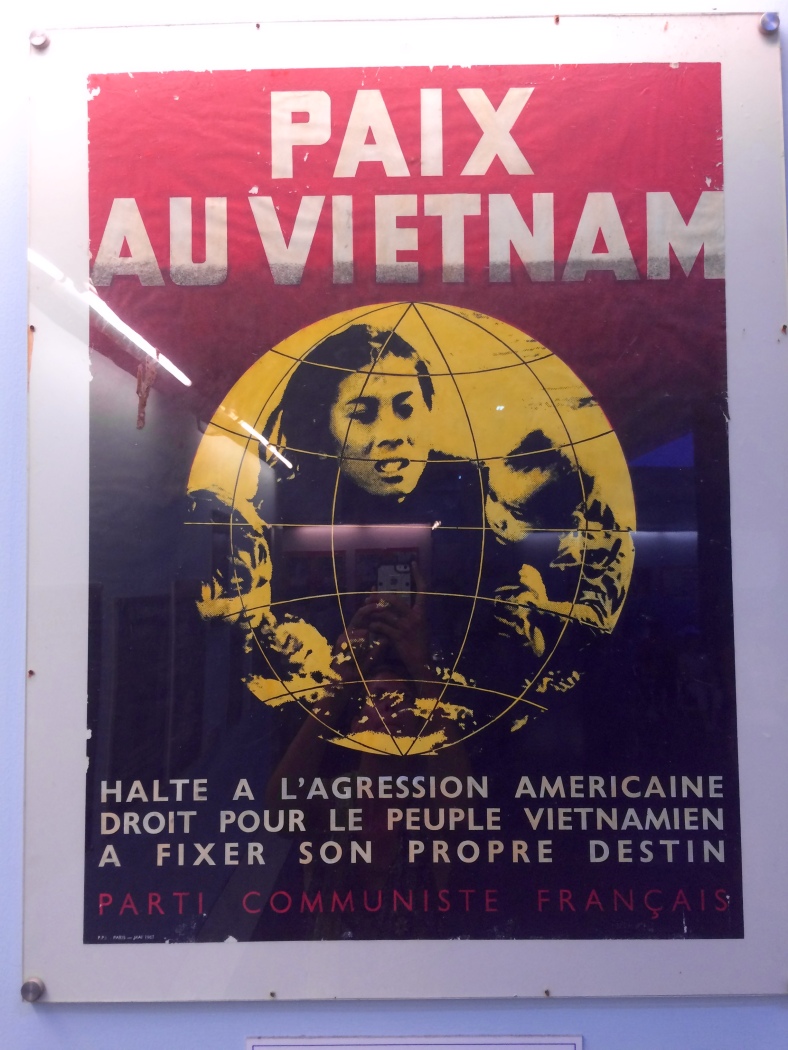 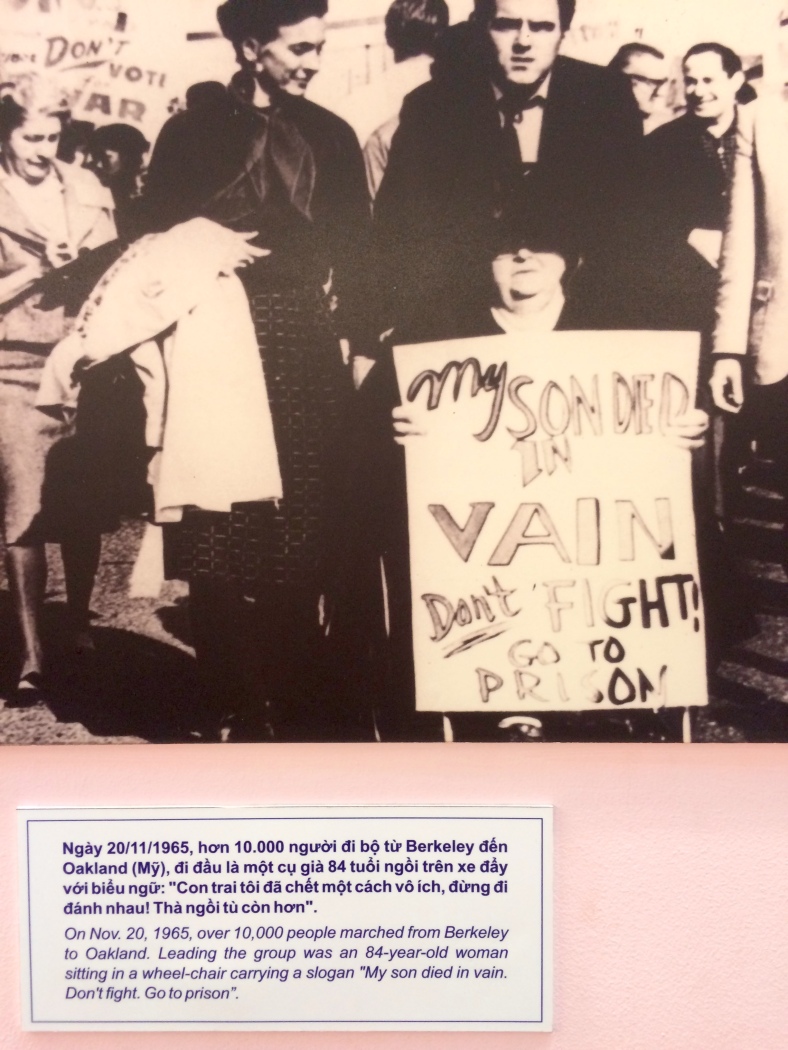 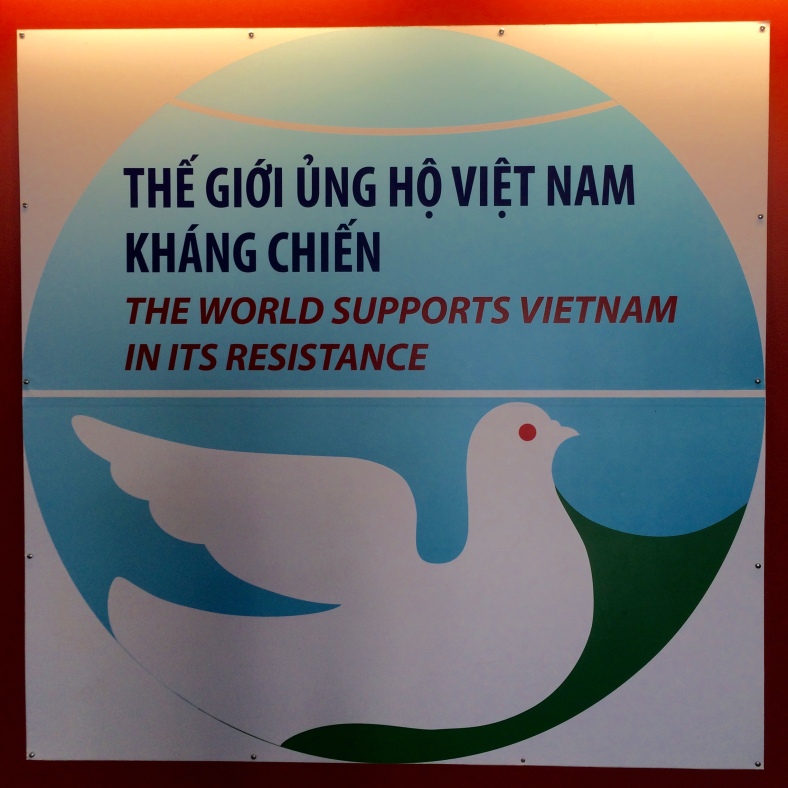 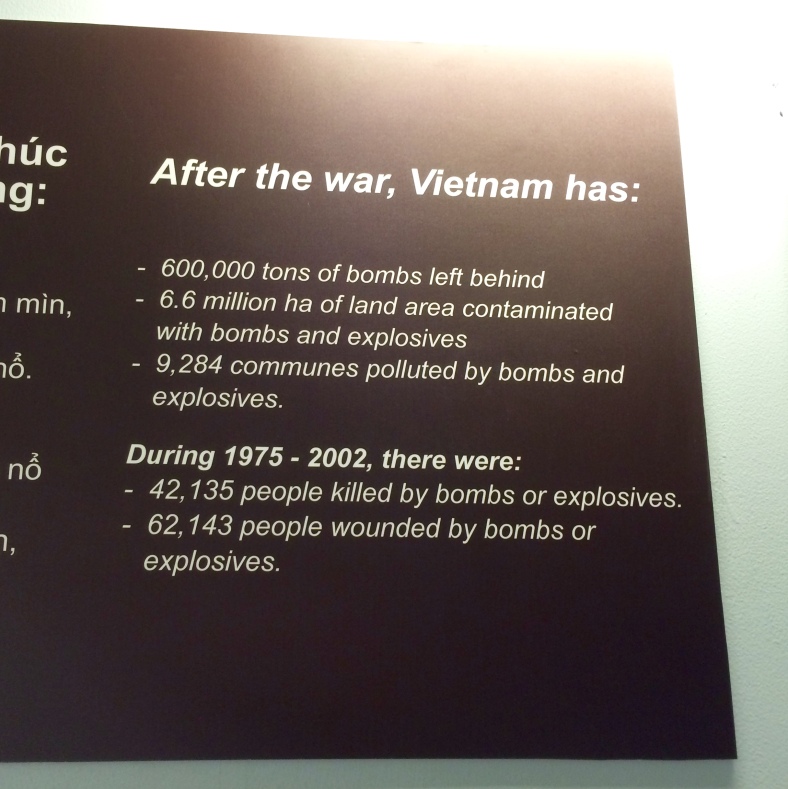 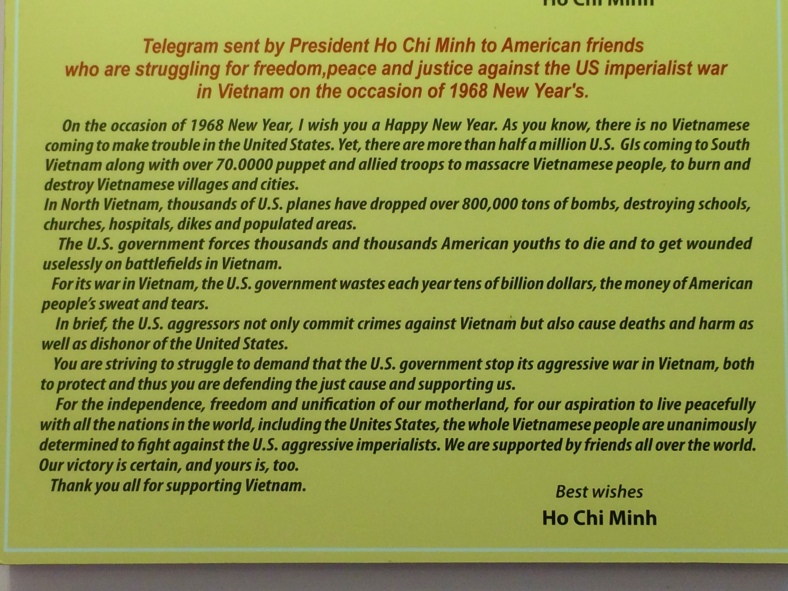