Panjim has a few very beautiful temples. The Hanuman temple, a gorgeously vibrant orange building, was a 10-minute walk from our hotel, so we wandered up there one morning.
Hanuman is the Hindu god of war, strength, and perseverance, and he’s also referred to as the monkey god.  He is usually depicted with a monkey’s face and tail.  This was the second temple we had been inside and the scene was completely different than the scene at the Mahalaxmi temple in Mumbai.  There were no lines; you could walk right in.  There were no crowds; there were actually only two other people inside.  There was no talking, pushing or shoving to access the main altar of the temple.  The atmosphere was serene, peaceful, and meditative. 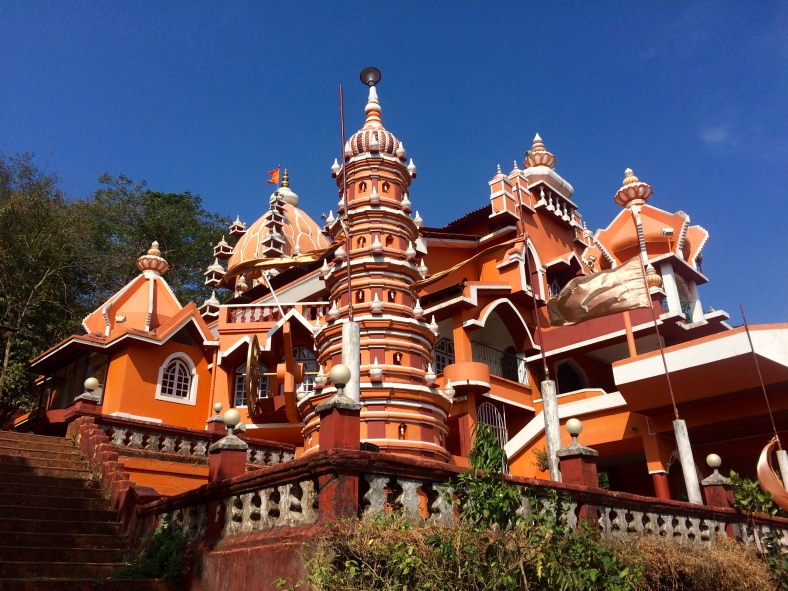 That afternoon, after exploring the art museum, I stumbled across the Malahaxmi temple complex, which houses the main temple to the goddess Mahalaxmi, as well as at least six other temples dedicated to various other gods. 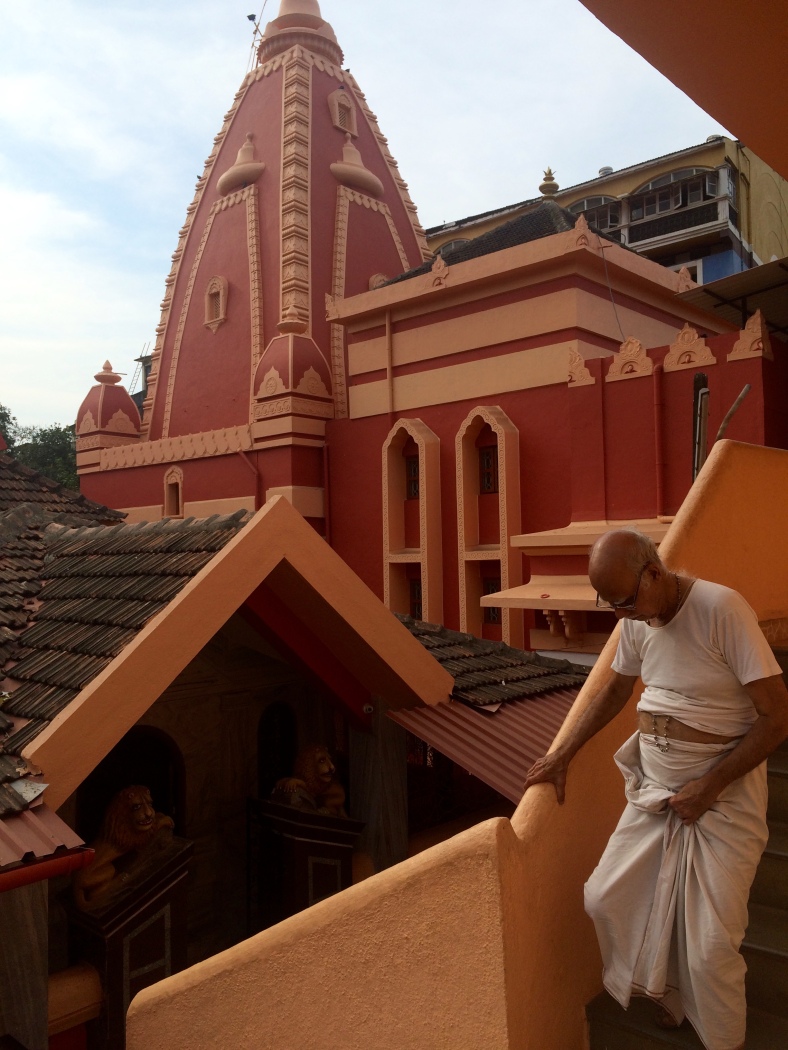 Outside the Ganesha temple (the elephant god), I witnessed the blessing of an SUV.  There were five men and one swami (a Hindu holy man, like a priest) standing in front of a brand new, white SUV.  The swami painted a red swastika on the hood (more on that in next paragraph), hung flower garlands and lime & chili on the bumper, said several blessings, and had the new owner honk the horn and then drive over two limes placed under the front tires.  Then all six men entered the Ganesha temple (Ganesha is the god of new beginnings, appropriate for a new vehicle) and said some more prayers.  While they were in there I was able to sneak a pic of the SUV. 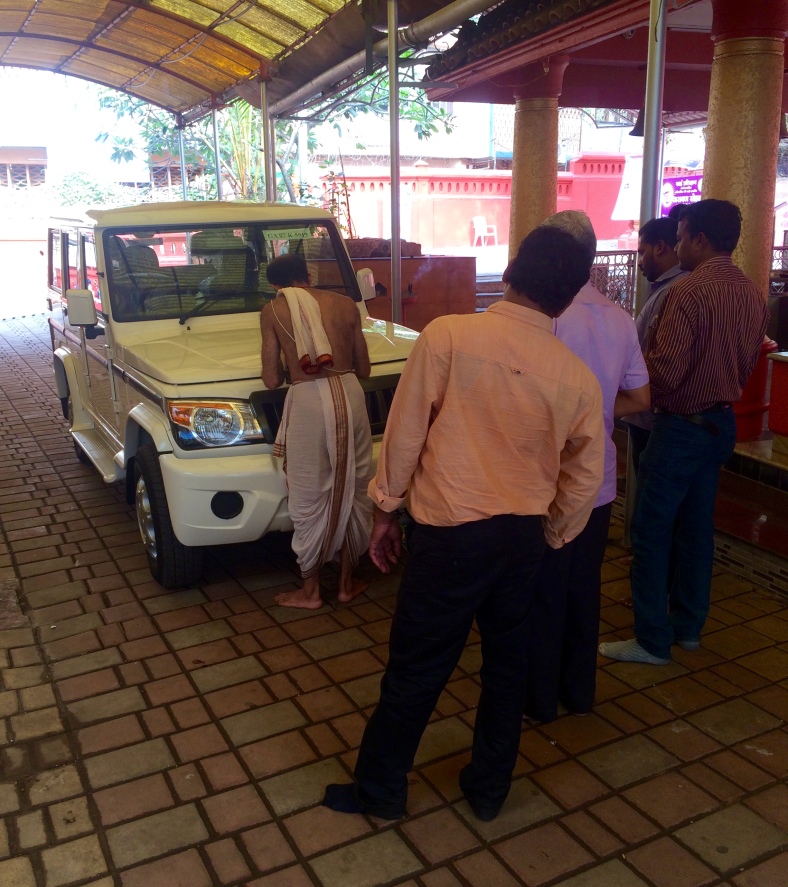 The symbol of the swastika has existed in India since way before it was a symbol of Nazi Germany.  In Sanskrit, “svastika” means “all is well.”  The swastika in India is commonly used as a charm to bring good fortune, but is also a symbol of religious faith representing the Hindu god Vishnu, and can often be seen on homes, temples, doorways, clothing, cars, etc.  Apparently the Nazis used the swastika as a symbol of racial purity and superiority, which has nothing to do with the Indian swastika.