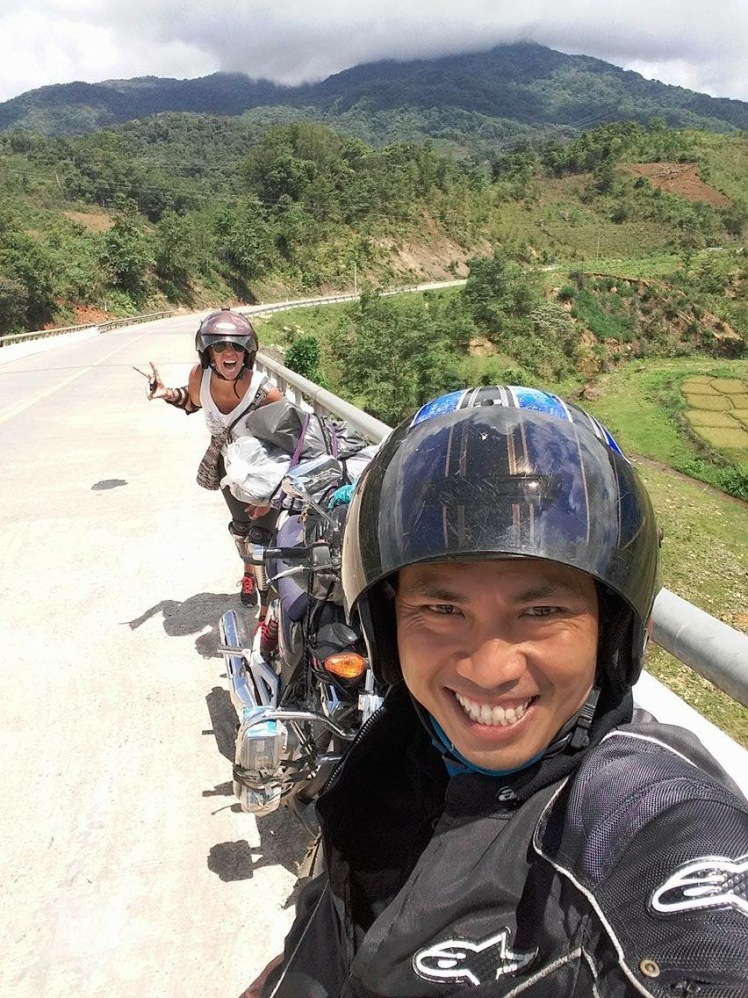 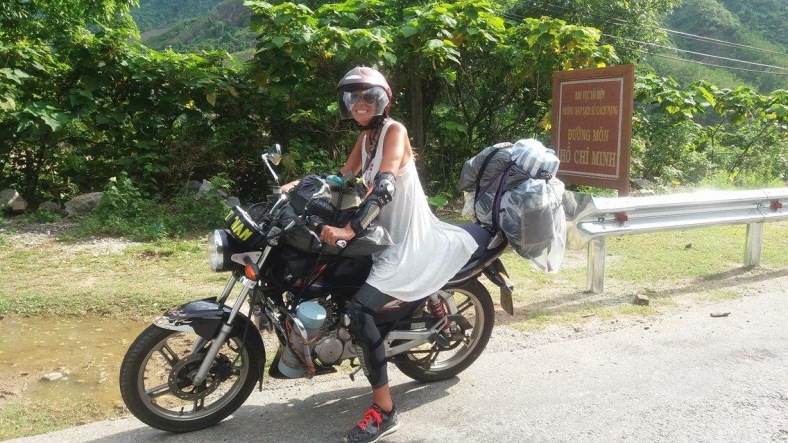 I just finished five days of motorbiking around the Central Highlands with an Easy Rider tour (meaning I was riding pillion, not driving).  They were five exhilarating, educational, and exhausting days. We started between 7-8:30am every day and rode anywhere from 165-240 kilometers a day.  The days were full of stops to explore the region and its people.  The nights were lazy and entailed big dinners, lots of rain, and going to bed early due to boredom and/or exhaustion.  Some days were better than others.  Some stops were more interesting than others.  Sometimes we got rained on.  Sometimes my butt hurt a lot and my legs went numb.  But the overall experience was really rewarding and I’m glad I did it.  I got to see parts of VietNam that most people never see.  “Real VietNam” my driver called it.  And it’s true… it was an authentic experience.  Nothing I saw or did on the tour seemed set up or imitation. So, read on to get a slice of my real VietNam experience.

END_OF_DOCUMENT_TOKEN_TO_BE_REPLACED 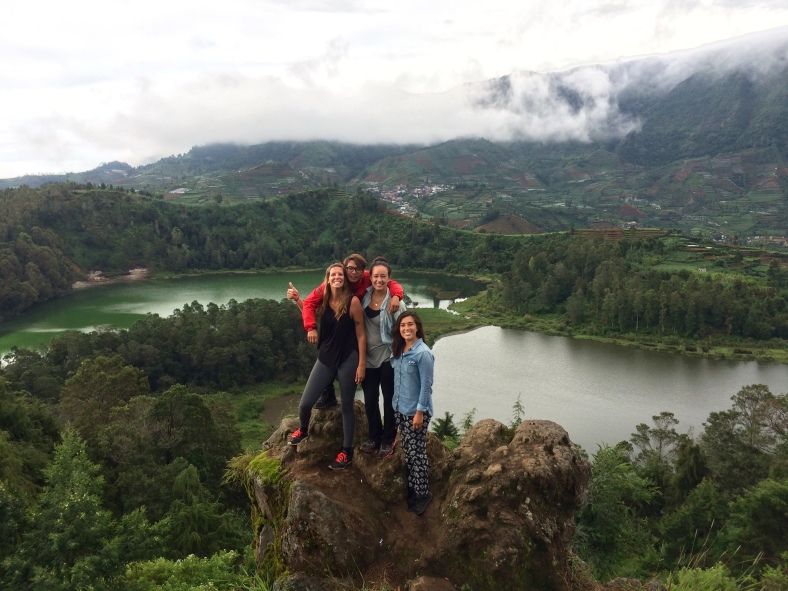 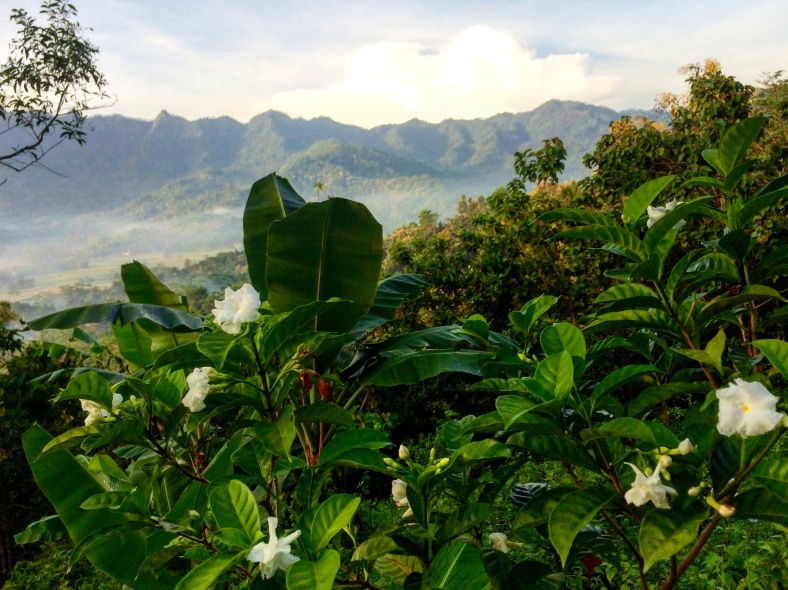 On April 16th I flew from Siem Reap to Jakarta, Indonesia to meet up with Lauren and Natalie, my travel buddies from Elephant Nature Park.  My original plan was to head up to Laos, but the idea of going to Indonesia was appealing because I would get to travel with the girls again, and because it was surprisingly $100 cheaper to fly to Jakarta than to Luang Prabang. Actually, I never had any plans to visit Indonesia on this trip. I made the decision three days in advance and booked the flight two days in advance.  Such is life on the road sometimes.  Spontenaity and flexibility can pay off.

END_OF_DOCUMENT_TOKEN_TO_BE_REPLACED 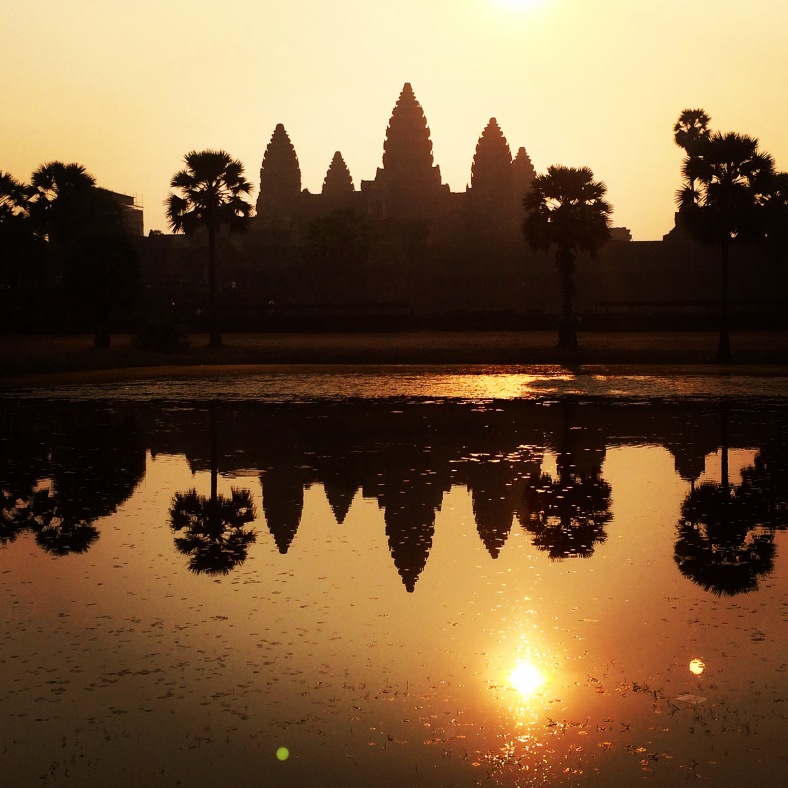 The temples of Angkor are ancient, massive, stunning feats of architecture.  Angkor was the capital city of the Khmer Empire from the 9th century until the 15th century and may be the largest pre-industrial city in the world.  “Angkor” is actually the Khmer word for “city.”  There were more than 1,000 temples that made up the Angkor complex, although now many of them are just piles of brick and rock.  The ones that still stand and have been restored include Angkor Wat (the world’s largest single religious monument & Cambodia’s #1 tourist spot), Bayon, Angkor Thom, and Ta Prohm.  They are now protected as a UNESCO World Heritage site.

END_OF_DOCUMENT_TOKEN_TO_BE_REPLACED

Photos with captions of Varanasi, India 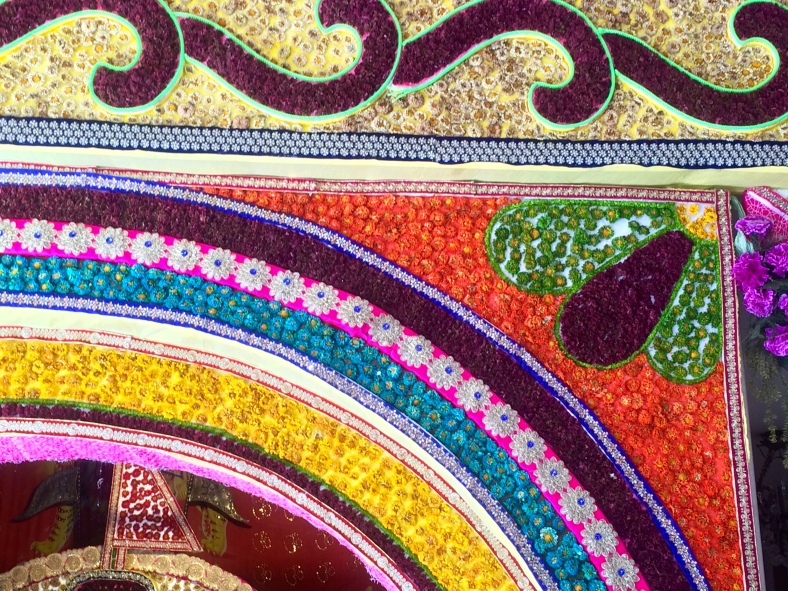 Flower detail in a temple

END_OF_DOCUMENT_TOKEN_TO_BE_REPLACED 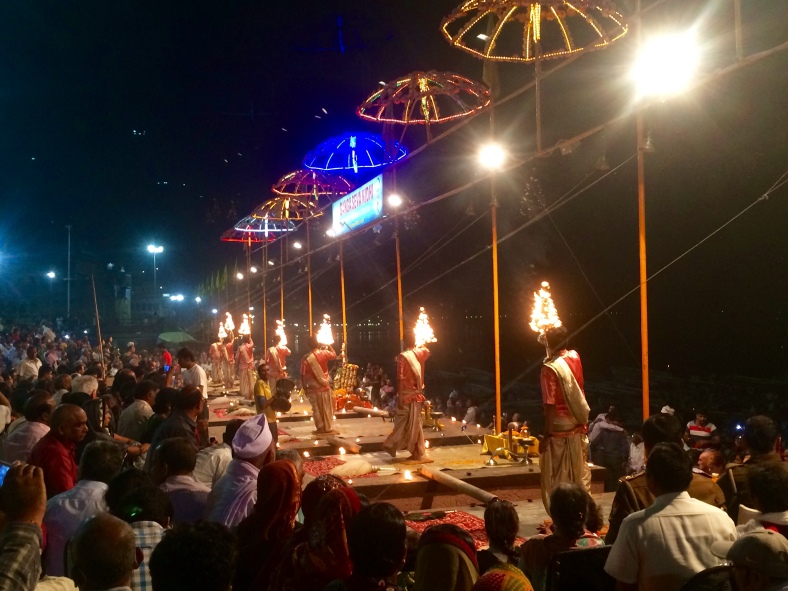 Varanasi, in the state of Uttar Pradesh, is the spiritual capital of India.  Thousands of Hindus make a pilgrimage here to bathe in the holy waters of the Ganges River and perform funeral pujas (ceremonies).  It is believed that bathing in the Ganges (the 2nd most polluted river in the world) will wash away all of one’s sins.  It is also believed that placing someone’s cremated ashes or body in the river will release them from the cycle of reincarnation (called ‘moksha’), thus avoiding returning to Earth in the next life as an Indian street dog.  Rituals surrounding the cremation take place along the ghats all day, every day with up to 300 bodies being burned daily at the main ‘burning ghats’.  If you stop and watch for a while, you’ll see body after body go into the pyres.  You can observe people burn from as close as 30 feet away in some ghats.  Bodies wrapped in orange and gold shrouds are carried down to the riverbed, dipped into the river, clothing is removed minus a white gauzy wrap, and then set onto the fire.

END_OF_DOCUMENT_TOKEN_TO_BE_REPLACED 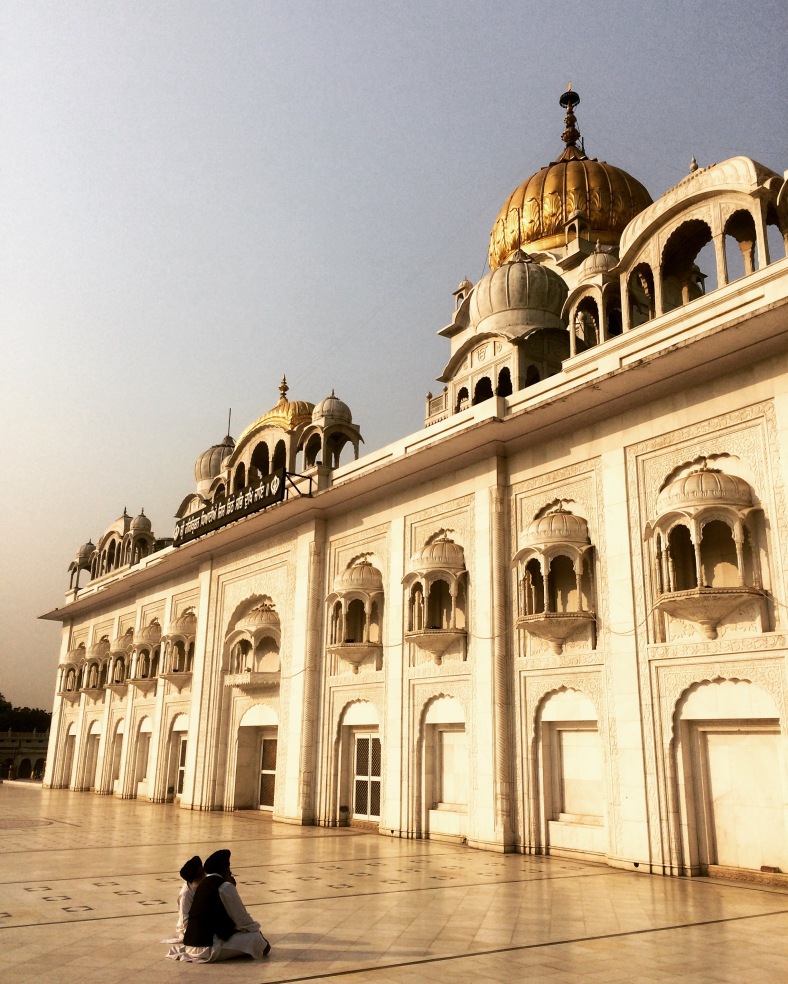 Technically I’ve been in New Delhi for 9 days, but it really feels like only three because I was cooped up in the hospital and then recuperating at my friend Ben’s place for so long.  On Saturday (it’s Monday today), papa Ben gave me the okay to get out and see the city with my two Australian friends who were also in Delhi for the weekend.  It was the first time in a week that I had spent more than 10 minutes outside and it felt GREAT.

END_OF_DOCUMENT_TOKEN_TO_BE_REPLACED 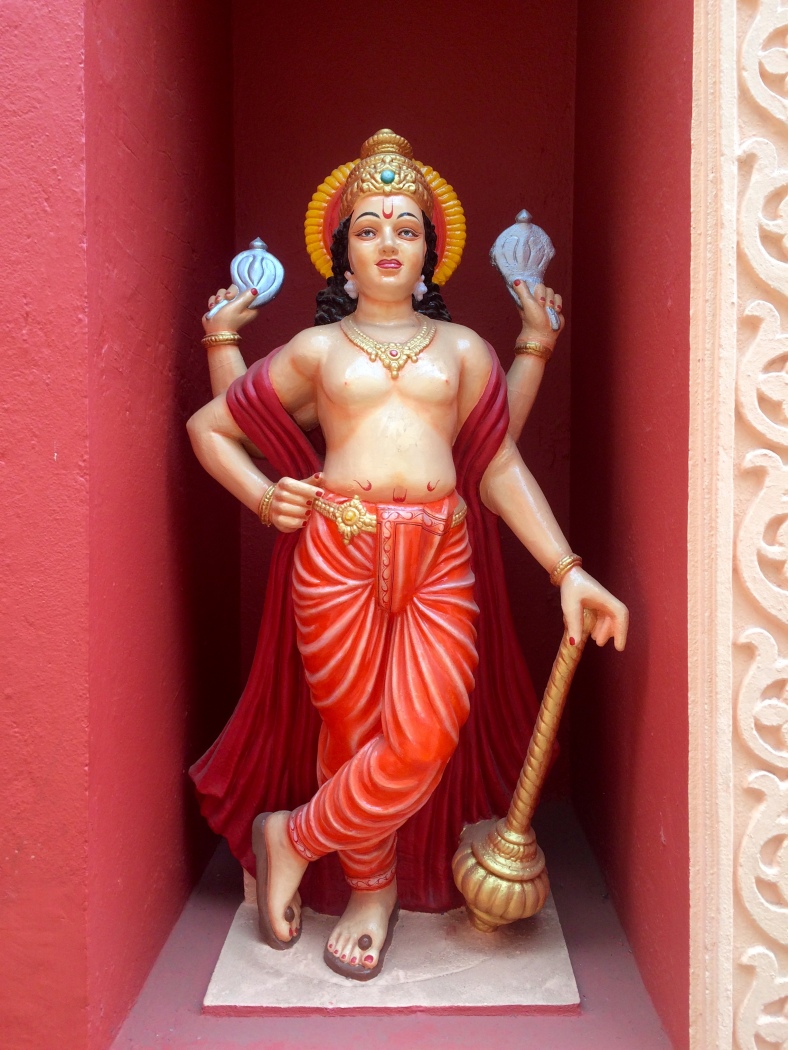 Panjim has a few very beautiful temples. The Hanuman temple, a gorgeously vibrant orange building, was a 10-minute walk from our hotel, so we wandered up there one morning.

END_OF_DOCUMENT_TOKEN_TO_BE_REPLACED 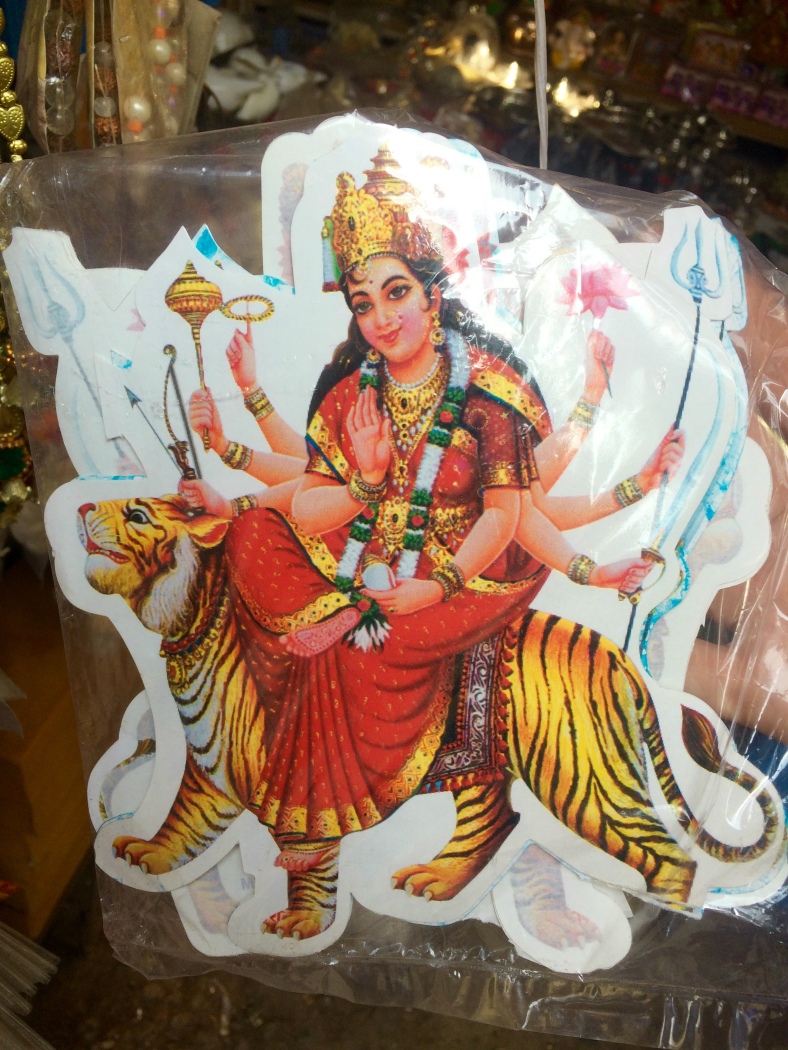 On the day we left Mumbai, we decided to visit one of the city’s most famous and popular temples:  The Mahalaxmi Temple.  This temple was built around 1800 and is dedicated to the goddess Mahalaxmi (or Mahalakshmi), wife Vishnu and goddess of wealth and prosperity.