Skip to content
I really loved Indonesia.  I was able to visit three islands in two weeks: Java, Bali, and Nusa Lembongan.  Even though I didn’t love the vibe in Kuta or the tedium of Padangbai, there is something special about Bali. Although it has its pros and cons, it is undeniably beautiful and there are good reasons why it’s so popular. I want to go back and visit Ubud, Amed, and other towns along the coast.  I had a wonderful time in Java; there was so much to see and do.  Nusa Lembongan was a perfect island paradise.
I LOVED Indonesian cuisine.  Did you know that tempeh is from Indonesia?  It is!  It can be found anywhere and it’s way better than any tempeh I’ve ever had in the States.  Fried tempe and tahu (tofu) is actually a very common street food.  Then there’s the sambal, a spicy chill sauce that I put on everything I ate there.  So good.  One of the national dishes is called gado gado, which is tempeh, sautéed spinach, sprouts, and cucumber in a peanut sauce.  It’s awesome and you can get it anywhere.  Indo food is very veg friendly. 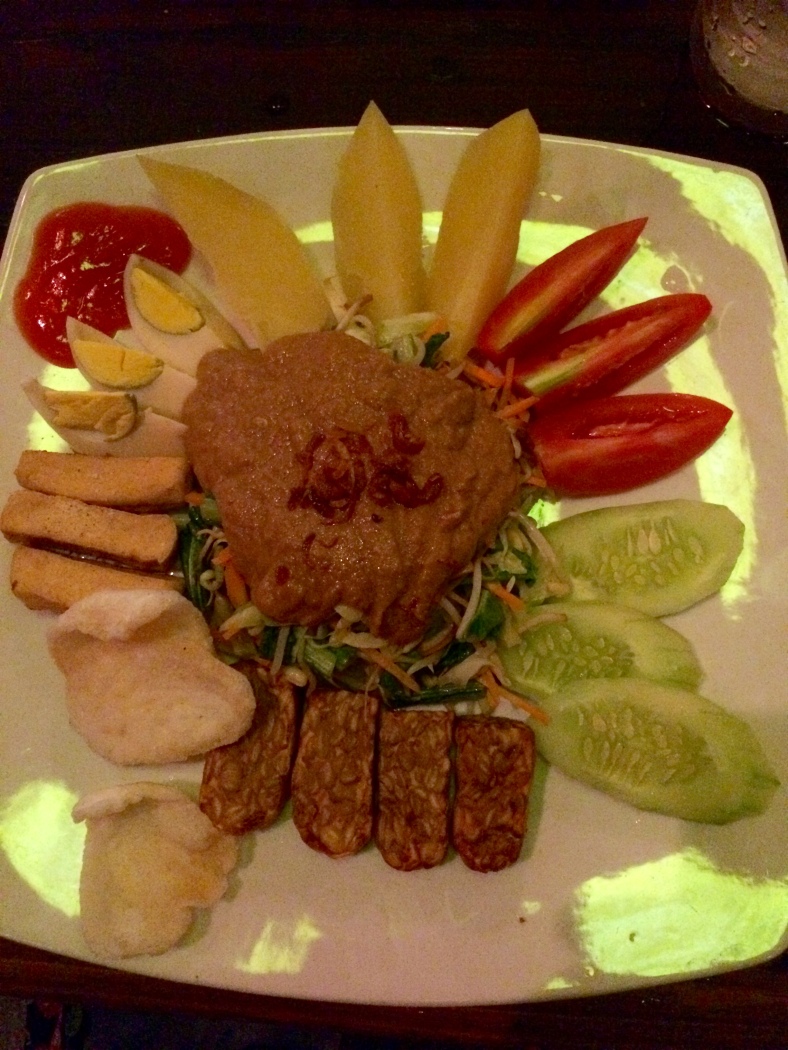 ………
Finally, there’s the Indonesian people, who are so friendly and open.  I previously mentioned Oscar, our hostel owner in Yogyakarta, who was the BEST hostel owner ever and just a really great guy (the hostel is called Ostic House, in case you’re wondering).  The owners of Segara Beach Inn in Nusa Lembongan were also fabulous people: kind, warm, and helpful.  And then there were the Kuta boys, who invited me into their circle and let me get a glimpse of the local life.
………
Indonesia is a fascinating country with so much to offer.  Here are some fun facts about it:

I really, really want to go back to Indo and explore the other islands.

4 thoughts on “Indonesia: My Review”