*Disclaimer #1: Technically not all of the photos below are selfies, by definition.
*Disclaimer #2: Not all of these photos are mine. My Aussie friends, Tim Starkey and Pedro Dyson, have graciously contributed some of their “classic Indian selfie” pics to this post.
Indian people love being in photos, whether it’s a selfie or someone else taking their picture, they just can’t get enough of it. They also LOVE to have their picture taken with western people.  In the past two months I have had countless Indians ask me 1. If I will take a selfie with them or 2. To take a photo of them. Just them. With my camera. Like these… 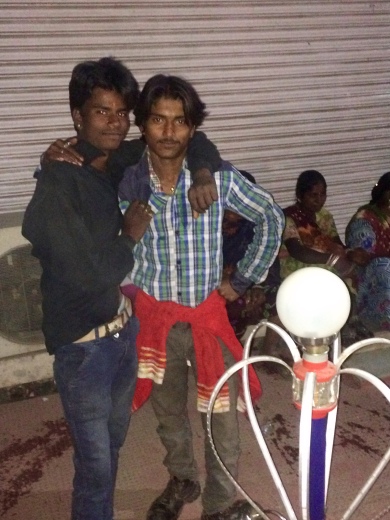 Also, everywhere you look, but particularly at tourist spots, there are dozens of Indians either taking selfies or taking photos of each other. You rarely see them taking a photo of just a building or just the landscape. Oh, no… someone has to be IN the shot. I’m gonna go out on a limb here and say that they take more selfies than the Chinese, but without selfie sticks.  I even read a statistic that more people die taking selfies in India than anywhere else in the world! 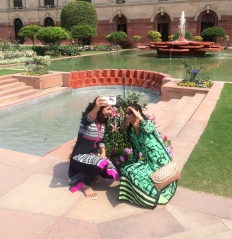 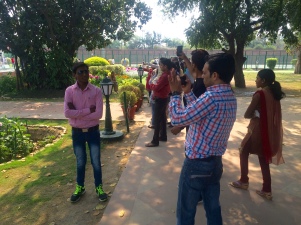 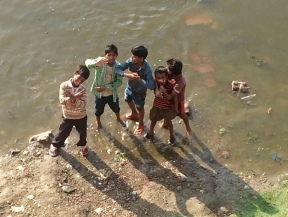 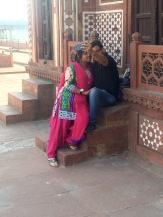 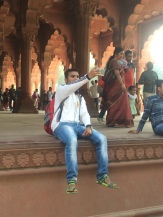 One of the most fascinating qualities of the Indian selfie, though, is that no one ever smiles for the picture. So there must be thousands of Indian selfies on Facebook where the people are looking bored as hell in all these awesome places. It’s hilarious. 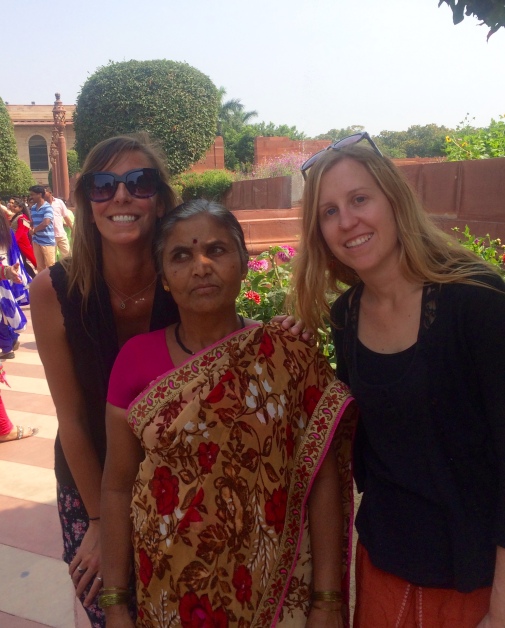 Keep in mind that SHE asked US for a photo, and not the other way around! 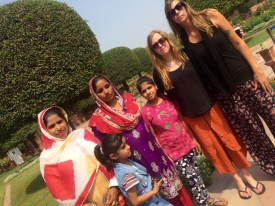 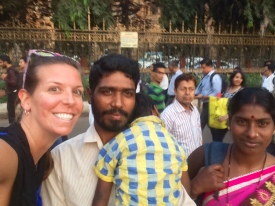 Some groups of young boys (teens to 20s) will use these photo ops as an opportunity to put their arm around a western girl, which in their culture is really not appropriate. Later they will post the picture to Facebook or share with friends and say that you’re their American girlfriend. A group of boys got their camera taken away by security for attempting this stunt with me and Elizabeth at the Taj Mahal. 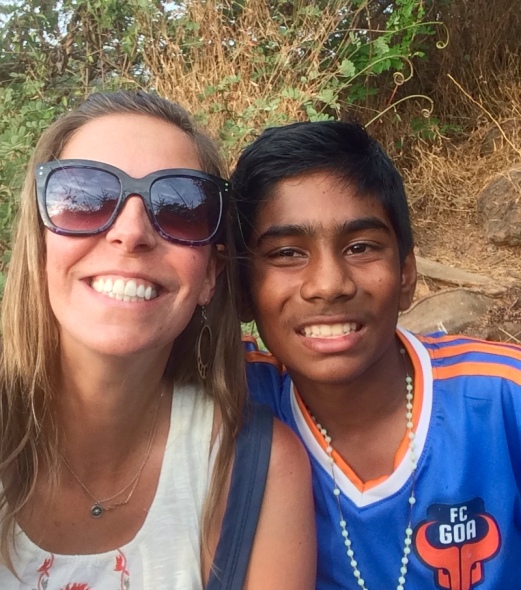 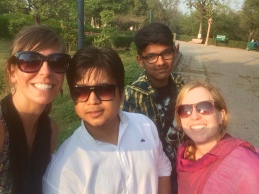 The most epic day of Indian photo-taking I experienced was when Elizabeth and I went to the Mughal Gardens in Delhi. We were constantly ambushed by folks who wanted to take pictures with us. There was often a line. People handed us their babies. We felt like celebrities. Sometimes, for evidence, we asked them to also take one with our cameras as well. See for yourself the spectacle that we were. 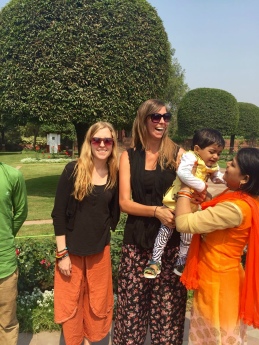 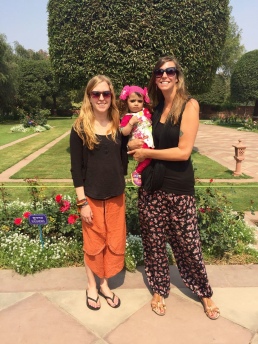 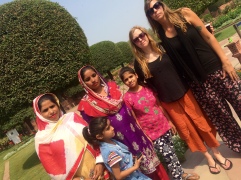 So, we decided to get in on the action ourselves… 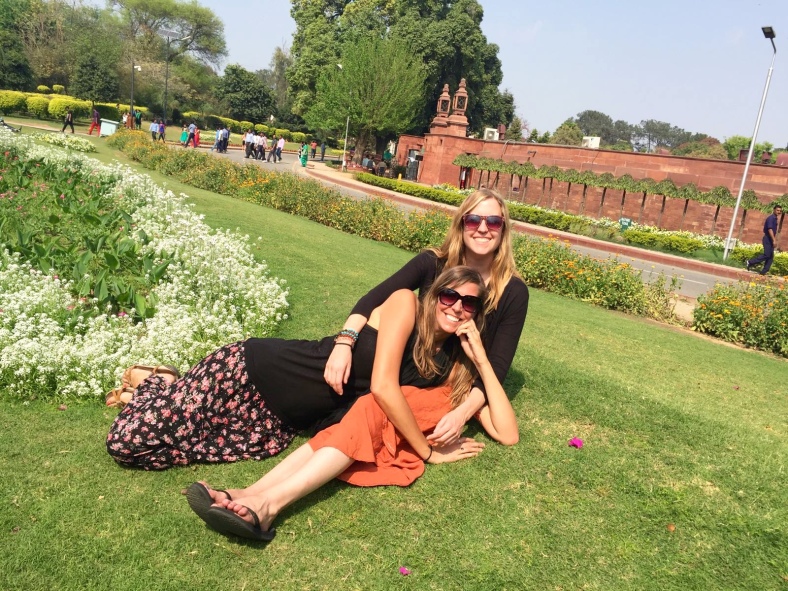 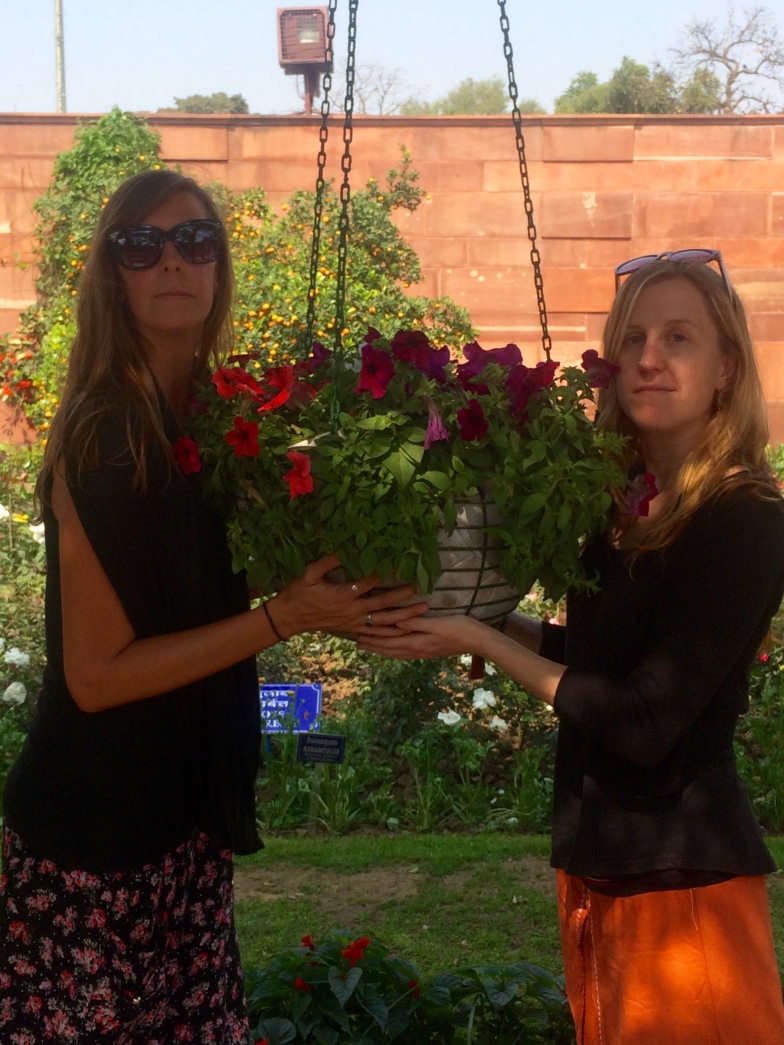 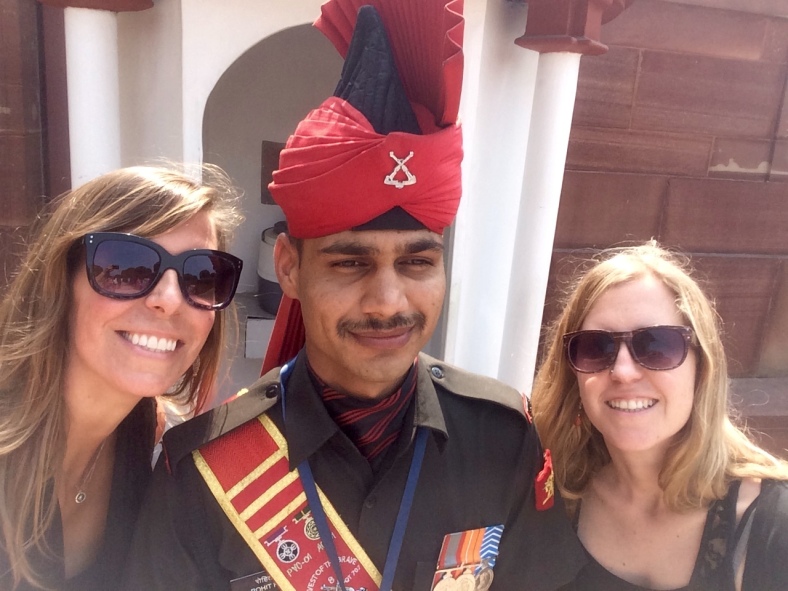 Other random selfies with Indians… 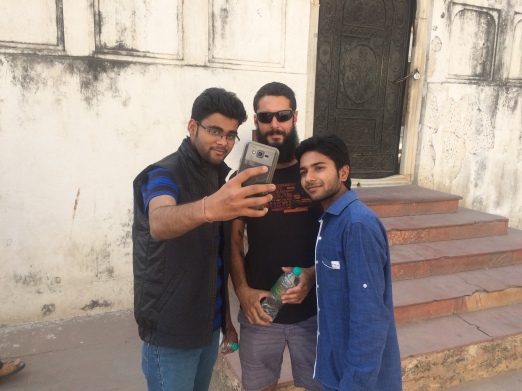 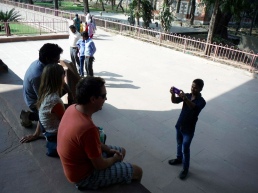 5 thoughts on “The Indian Selfie”