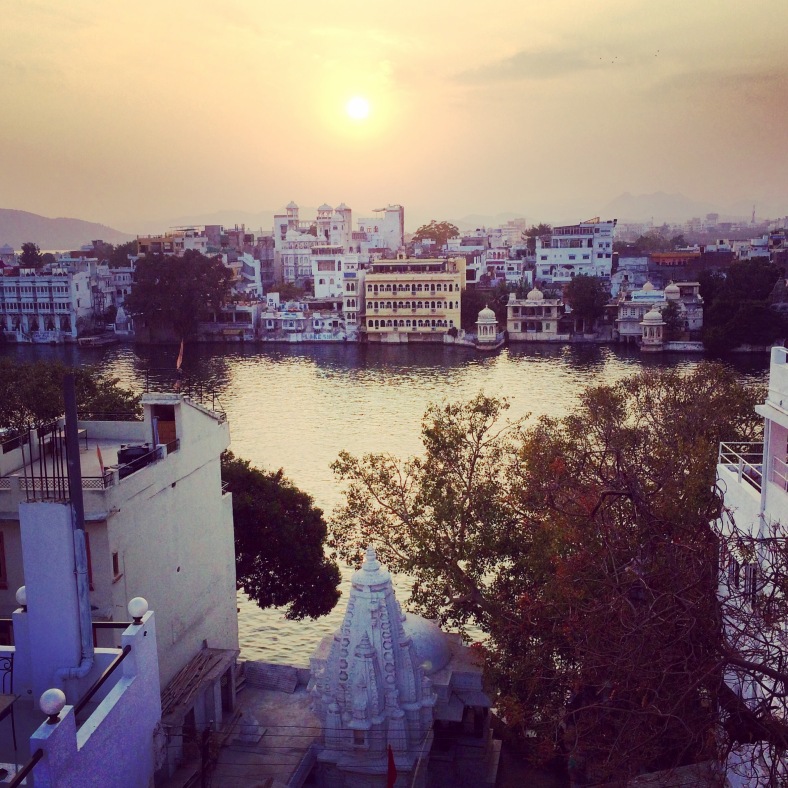 Udaipur, Rajasthan is nicked named the “City of Lakes” or “Venice of the East.”  City of Lakes is fair, but Venice of the East??? Yeah, not so much.  It’s also called the White City because, well, there are a lot of white buildings.  Rajasthan also has a Blue City, a Pink City, and a Gold City (all of which I missed because I ended up in the hospital; more on that in the next post).

My first few days in Udaipur were weird.  I immediately got a strange vibe from the men there, all of whom were really aggressive in starting conversations.  Every touristy area in India is full of vendors or touts that can be aggressive in trying to get you to buy something or come into their store or whatever.  But this was different.

These guys were aggressively trying to short-term date me.  I could not walk 15 feet without a new man, between the ages of 25-55, trying to stop and engage me in conversation.  At first, I made the mistake of being myself (friendly, open) and I would stop and chat. Within a few minutes of conversation, it was always, “What’s your phone number?  Let’s hang out later.”  And if I made the mistake of giving out my number (which I did… twice), they would persistently and repeatedly call or text or WhatsApp message me, even if I never responded.  By day three I was thoroughly annoyed and ready to get the heck out of Udaipur, BUT that’s where Animal Aid was.  And I was NOT ready to leave Animal Aid.  I was also waiting on two Australian travel buddies that Maren and I had met in Hampi to arrive.  Once I was with them, I knew it would be easier because they are guys, and Indian guys usually won’t try to talk to an accompanied woman.

I arrived to Udaipur on a Tuesday, already sick with a nagging cough that I’d had for about a month.  I had already tried taking two different antibiotics after diagnosing myself with walking pneumonia, but nothing seemed to help.  Well, on my fifth night there (still rocking it solo), I decided to check out the World Music Festival that was going on in the city that weekend.  I was excited about it because the opening act was flamenco song and dance from Spain.  The second performance was a group from Africa with a powerful, female lead singer who really knew how to entertain the crowd.  And the headliner was a popular Indian rock band.  The concert was great, the performers were awesome, the stage/lights/sound all very impressive.  I came ready to be underwhelmed because you never know what to expect in India, but everything was top notch.  And it was totally free, too!

However, at the end of the show I started feeling off.  My chest was badly hurting and I felt like I was struggling to breathe properly.  A very kind 19-year-old Indian boy named Lovesh had made himself my concert companion for the past 3 hours, so I told him I needed to go to the hospital.  My intention was to just get his advice on where to go, but Lovesh insisted on taking me all the way to the hospital (he even hitched us a ride on a random guy’s motorcycle).  He took me to the government hospital which is, generally speaking, not usually the recommended hospital for foreigners.  When we arrived it was apparent why: it was totally chaotic, people everywhere, strange smells, no organization, not clean, and no English anywhere (not on signs, not coming out of mouths).  Thank Shiva for Lovesh!  He stayed with me the whole time and he knew exactly what to do, who to speak to, and how to have that Indian pushiness that is necessary in order to get to the front of a line here.  Because of him, we were in and out of the government hospital with x-rays, a diagnosis of pneumonia, and filled prescriptions in less than an hour (and less than $3 out of my bank account).  I did, however, have to return two more times in the following two days for additional tests (blood test, sputum test, ECG) which could not be done at 11pm on a Saturday night.

A “line” at the hospital 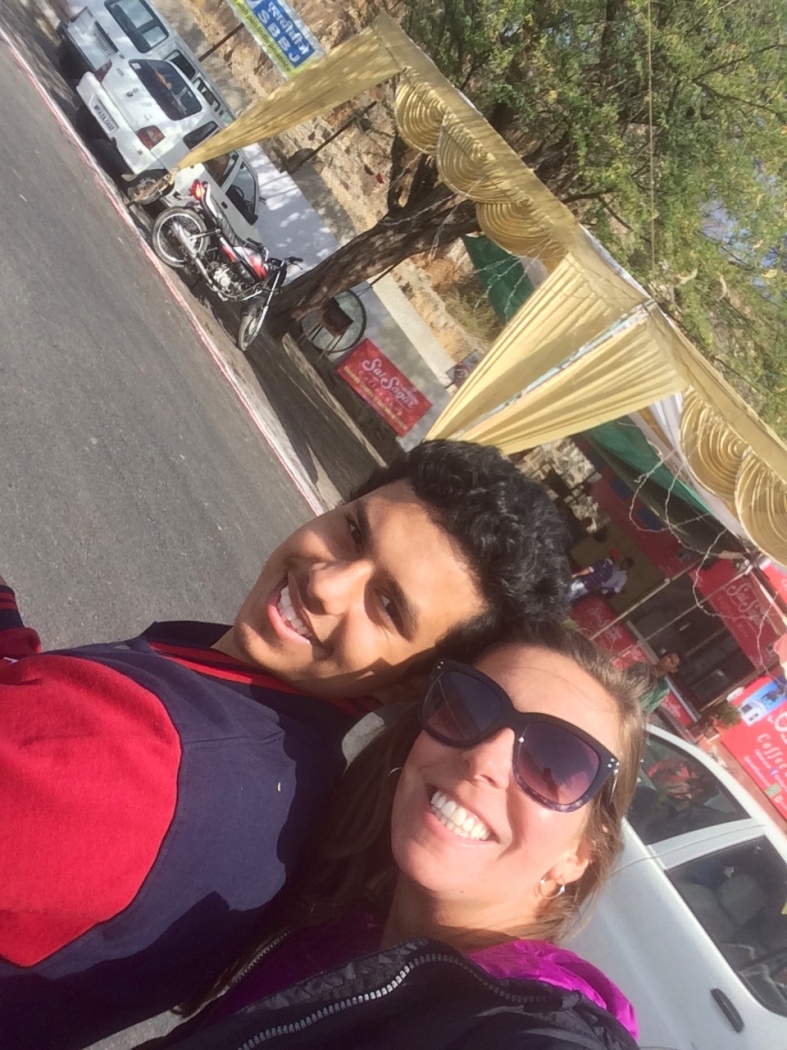 The government hospital never asked me to fill out any forms.  They just verbally asked for my name and age.  So on all my reports and documents from that place and due to the language barrier, I had a colorful variety of names such as: Chatrin, Kethrin, and Katherin, no last name at all, but always 35.  Numbers are easy.

For the next several days, I took my meds diligently, rested, hung out with my Aussie friends, took a break from Animal Aid, did not drink any booze, and basically just chilled out.

Here are my pics from those days: 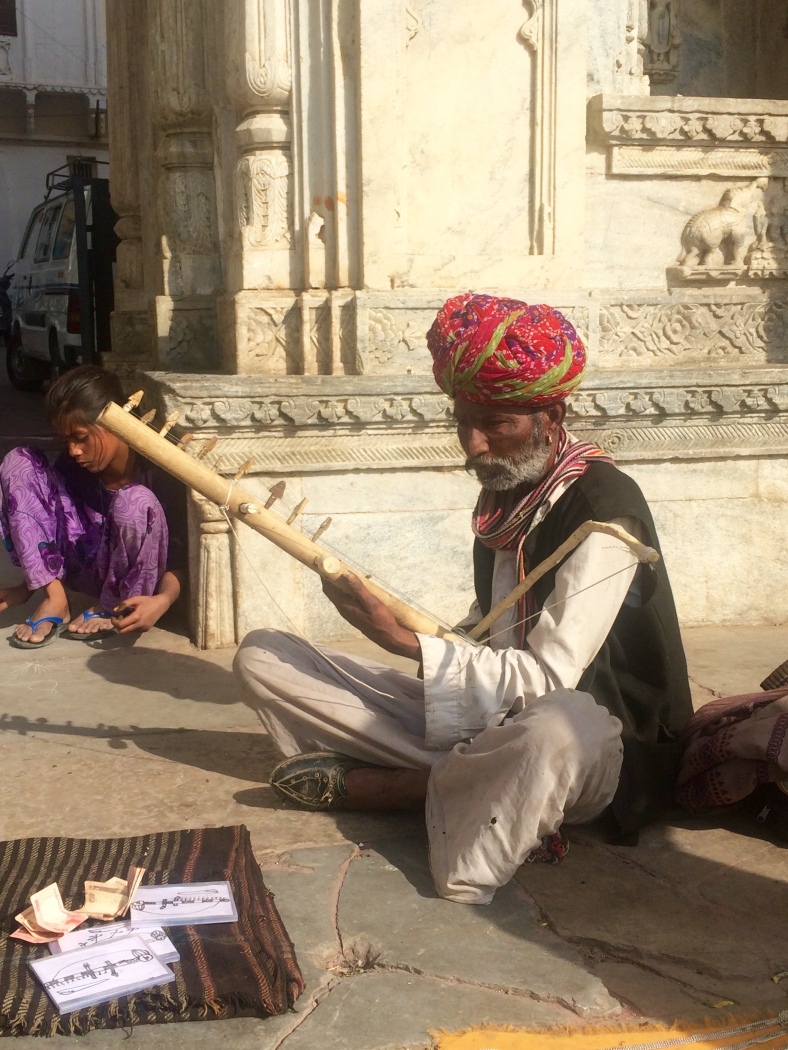 This guy is playing one of oldest instruments in India, but I don’t remember what it’s called

Offerings and mini-parade for a local god 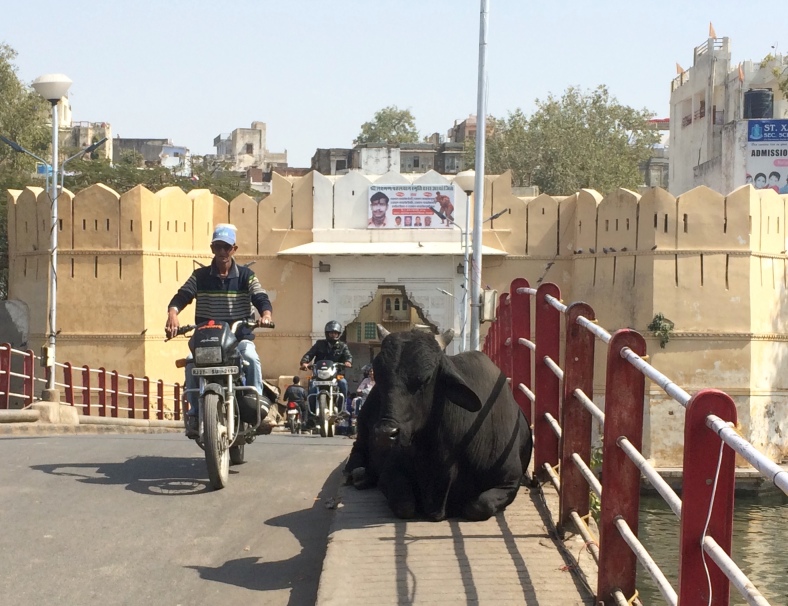 This cow was on this bridge blocking the sidewalk every day, like it was his job.

A very strange puja I happened upon. A puja is a religious ceremony where people make spiritual connections with the gods. 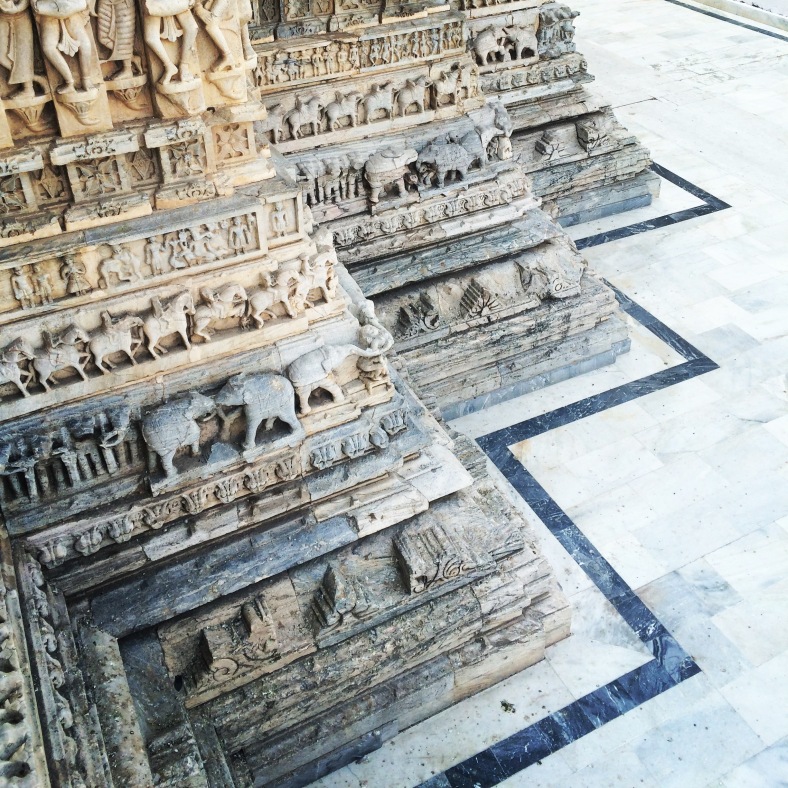 Outside the Jagdish Temple 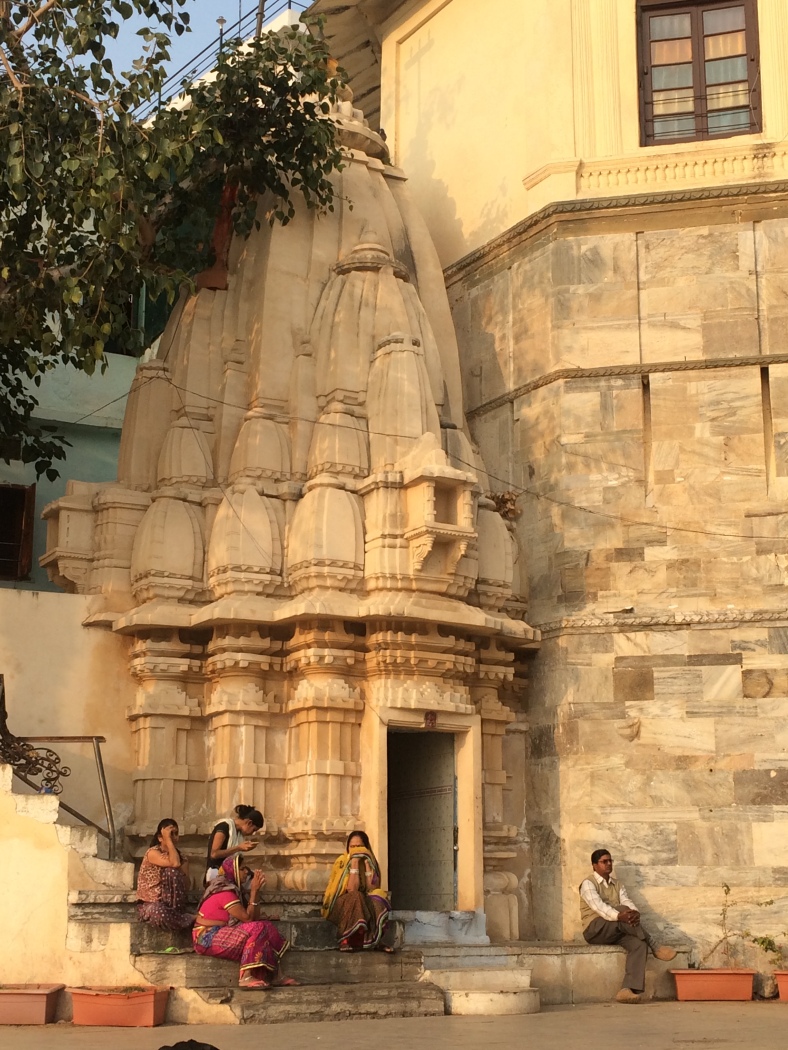 Monkeys outside my hotel window 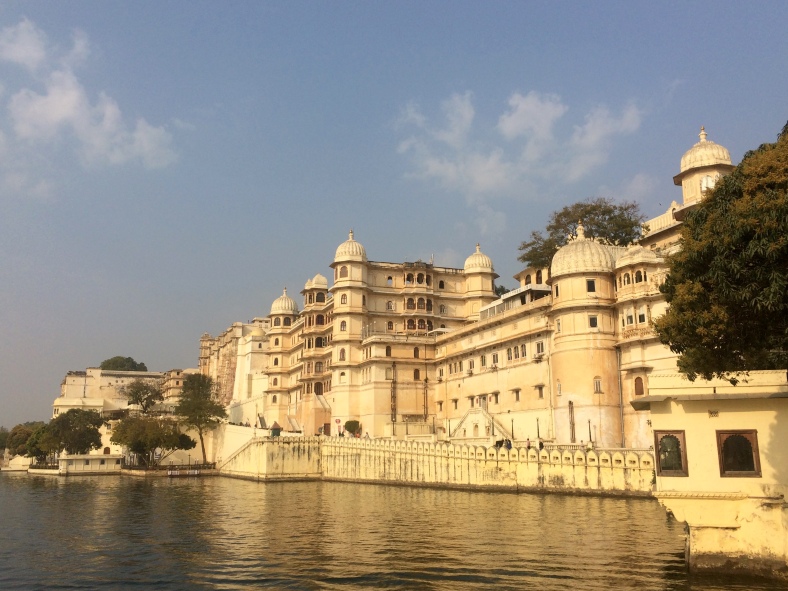 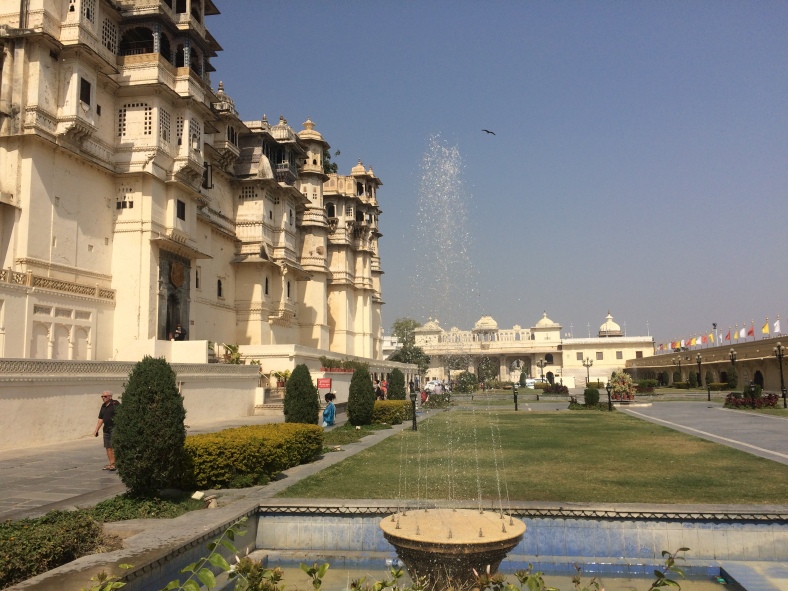 A guard on the job 🙂

A room full of mirrors 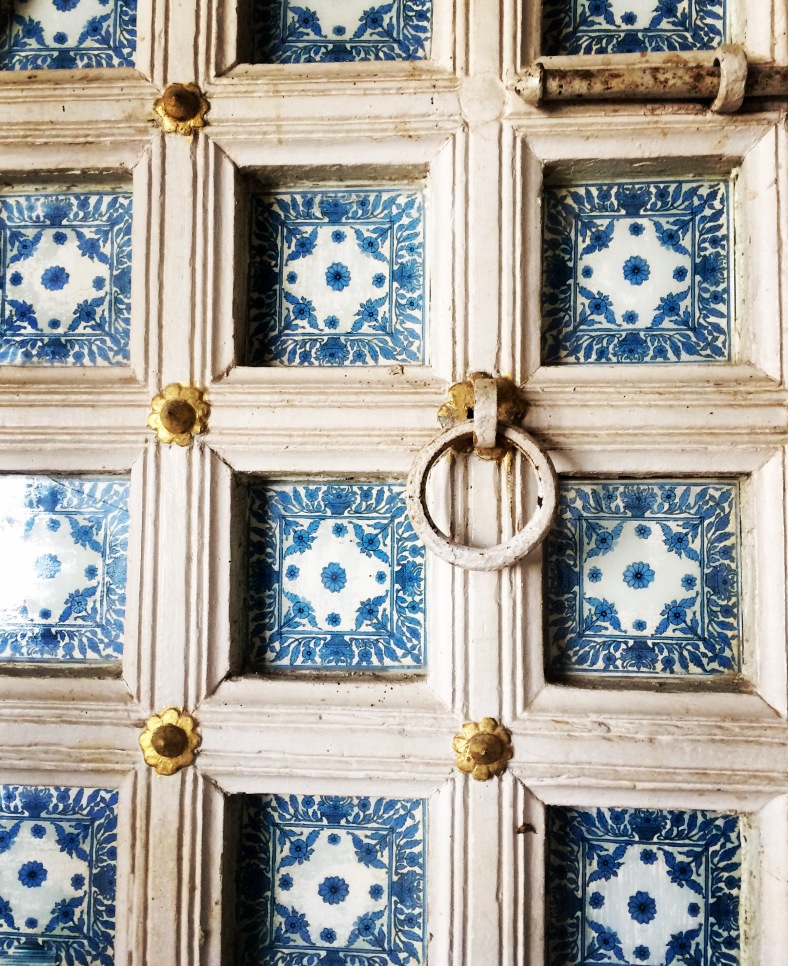 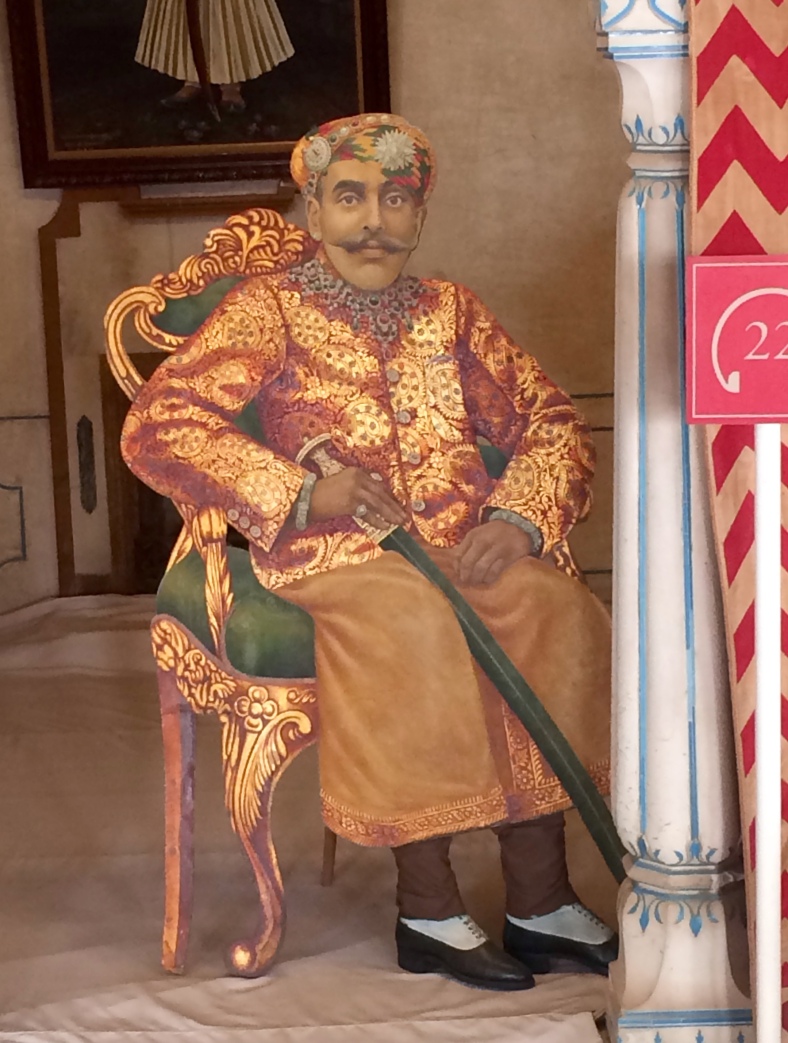 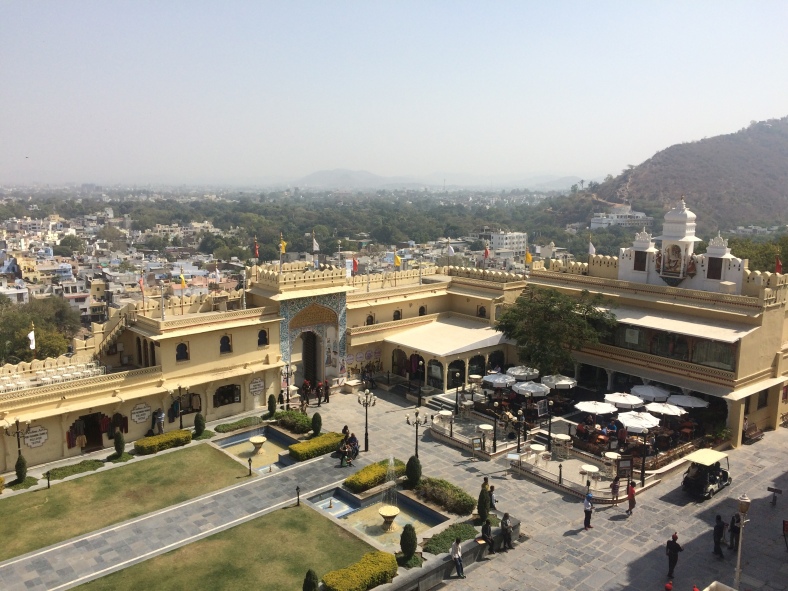 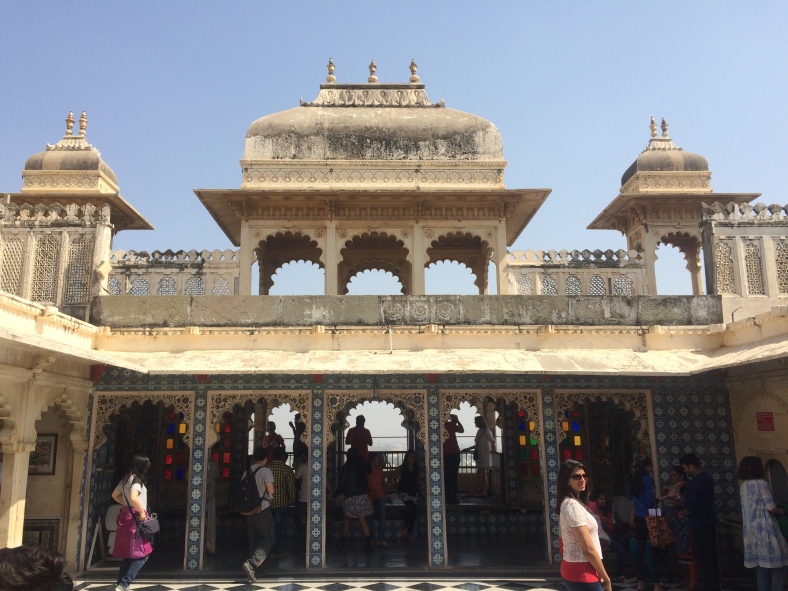 3 thoughts on “Udaipur, City of Lakes and Failing Health”