I have heard Viña del Mar and Valparaíso referred to as “sister cities” before, mostly due to the fact that they are literally next to each other on the map (with no smaller towns dividing them) and they have roughly the same population (about 300,000).  However, I think a more accurate description of these two popular tourist destinations would be STEP-sisters, as they are definitely not of the same breed.

Viña del Mar is the well-manicured, uptight, sorority sister who comes from a wealthy family and enjoys activities like sipping martinis, wearing high heels, and getting her eyebrows waxed.  Meanwhile Valparaíso is… well… sort of the crazy crackwhore of the family.  Let’s compare:

Viña (as it is commonly called) has beautiful, expansive beaches; clean, uncracked sidewalks; several large, green parks;  palmtree-lined streets; and plazas with large fountains that actually have water in them.  Valpo has none of these.  Although there are a couple of small beaches, it is mostly a port city.  Every sidewalk is cracked and dotted with dog shit, broken glass, and human urine.  There is only one green space that I can think of, which is nothing more than a lawn outside the Parque Cultural, which is also an old prison.  The plaza fountains are dry.

Viña is home to several large shopping malls, a fancy casino, a couple of castles, and the National Botanical Garden.  Valpo is home to one of Pablo Neruda’s former houses, the National Congress building, and… um… a bunch of ancient ‘ascensores’ which require a little prayer for survival upon boarding.

Locals boast that Viña is safe and you don’t have to be constantly aware of your personal belongings or worry about physical assault.  In Valpo, I am constantly being warned by locals that I should wear my backpack on the front, or never have my cell phone out in public, or not go here or there alone. (Although, I’d like to mention that I never heed these warnings – sorry, Mom – but it’s been five months and so far, so good).

Viña, in essence, is like any beachside city in southern California (or perhaps Florida) with its oceanfront resorts and high-rise condominiums, over-priced restaurants, and modern shopping centers.  But that’s just it… it’s just so TYPICAL.  It has none of Valpo’s eccentricity and charm.  Where Viña is pretty, Valpo is unique.  Where Viña is safe, Valpo is edgy.  Where Viña has wealth, Valpo has grit.  The two cities are so totally different that most Chileans who are from the greater Valparaíso region either love or hate them, depending on where they live.  For example, “Porteños” (those who grew up in Valpo) tend to love Valpo and have a very strong sense of pride for their city.  Meanwhile, I have met people from Viña who talk so much trash about Valpo (pun intended) and claim they try to avoid coming here at all costs.

I can see why some people prefer Viña (see all the reasons above), but personally I enjoy Valpo.  I didn’t leave “the comforts of home” to find them 5,460 miles from where I used to live.  I wanted novelty, I wanted culture, and I wanted realness.  I find that here in Valparaíso.  Viña is a lovely place to visit, and I’m glad I can hop on a bus or the metro and get there in 20 minutes.  But it’s not what I was searching for.  Viña is not my boyfriend.  Valpo is… for now. 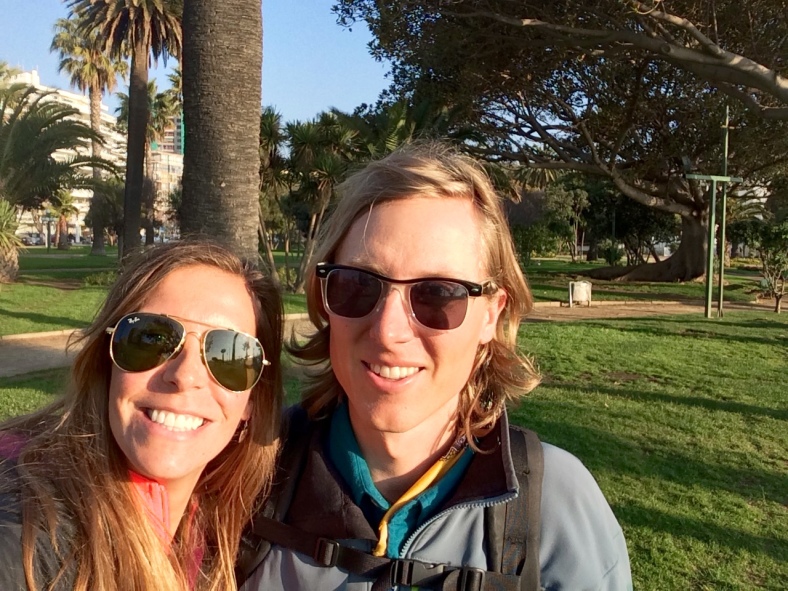 Me and Ryan in one of Viña’s many green spaces 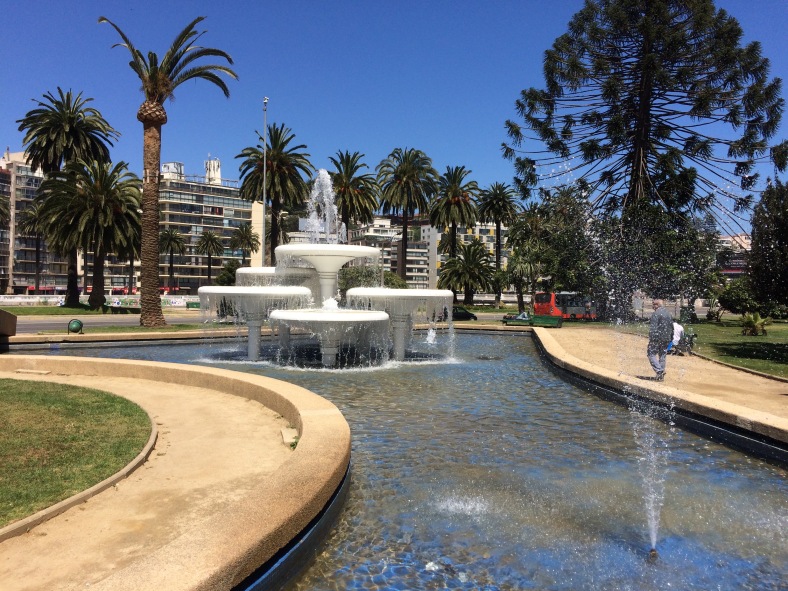 One of Viña’s functioning fountains 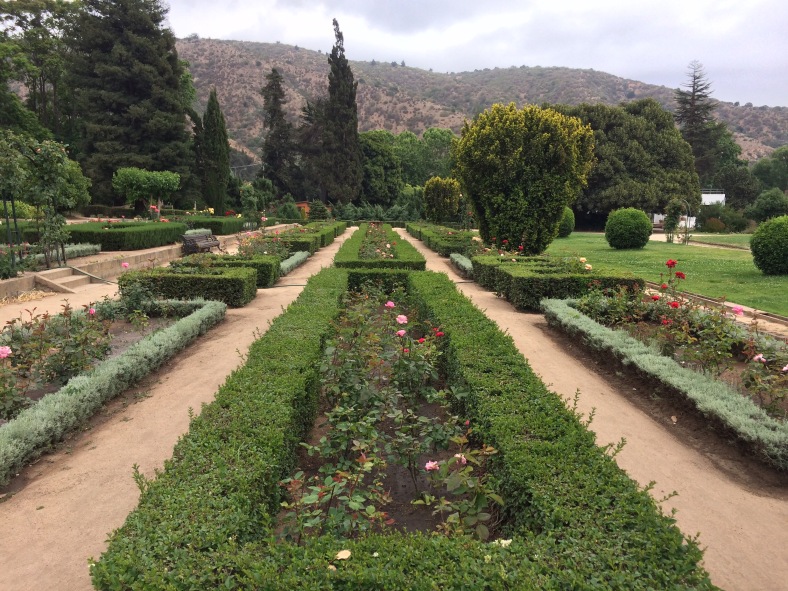 One of the “castillos”

Follow The World Is My Boyfriend on WordPress.com
Join 923 other subscribers