Ryan and I ended up in Caldera, Chile because of a photo I saw online.  Considering that the trip back down to Santiago from San Pedro de Atacama is a 20-24 hour bus ride, we wanted to make some stops along the way to break up that journey.  I googled “beaches northern Chile” and saw a beautiful photo of Bahia Inglesa, just south of Caldera.  I said, “Ooh, let’s go here!” Thus began our 2-day “adventure” of photo chasing and bad timing.

The bad timing started right away when the overnight bus we booked between Calama and Caldera happened to be on the same night as the final Copa América game: Chile vs. Argentina.  Chile won.  We caught the final moments of the game at the bus terminal in Calama and a huge street party immediately ensued, which I witnessed from the bus window while longing to be out in the street celebrating with the locals.  Ryan and I were kicking ourselves for not just staying an extra night in San Pedro.  It would have been such a fun and exciting time to be in the tiny desert town, rejoicing Chile’s win into the wee hours.  But instead, we were on a dark and gloomy bus for the next nine hours.

The second incident of bad timing occurred as soon as we stepped off the bus in Caldera.  It was about 7:00am if I remember correctly and it felt like we had just entered a ghost town.  There wasn’t a soul on the street except for one very drunk man who was obviously still stuck in party mode from Chile’s big win the night before.  Every single store, restaurant, hotel and hostel was closed.  We hadn’t booked a reservation in advance so we had no place to go and no plan.  We loped around with our backpacks for a while, surveying this seemingly deserted town.  Eventually we decided to ring the doorbell of a hotel.  Fortunately someone answered and the manager very kindly let us check in at that early hour.  It was obvious that we wouldn’t be missing anything outside, so we spent the entire morning napping and showering.

At our hotel in Caldera

View from our hotel, Caldera

Eating “dinner” at our hotel: avocado and bread with some pretty awful boxed wine

When we emerged from our hotel around lunch time, I fully expected the town to look different than it had at 7am.  I thought there would be windows and doors open and people milling about.  But I was wrong.  Most places were still closed and there were only a handful of people on the streets.  So, we decided to rent bikes and go in search of the beautiful beach from my google search.  Bahia Inglesa is only 6 kilometers from Caldera and there’s a nice bike path almost the whole way along the desert highway.  It would have been an easy ride if not for the strong and steady wind blowing against us.

When we arrived in Bahia Inglesa we found a white sand beach with black rocks and turquoise waters in a stunning bay.  It was just as lovely as the photos online.  Unfortunately, another issue of bad timing came into play here.  It was June 27th, the middle of winter, and it was much too cold and windy to fully enjoy a day at the beach (although there was a handful of crazy fools in the freezing water).  Bahia Inglesa town is tiny and packed with touristy restaurants, shops, and hostels.  There also seemed to be human activity happening there!  I instantly liked it better than Caldera and wished that we had chosen to stay there instead. 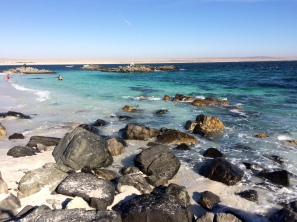 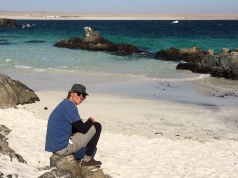 We spent a few hours on the beach and exploring the shops along the main road.  To escape the frigid wind, we popped into a cool restaurant/hostel that looks like a giant dome and has a great view of the water.  I’m pretty sure it was actually called “El Domo.” 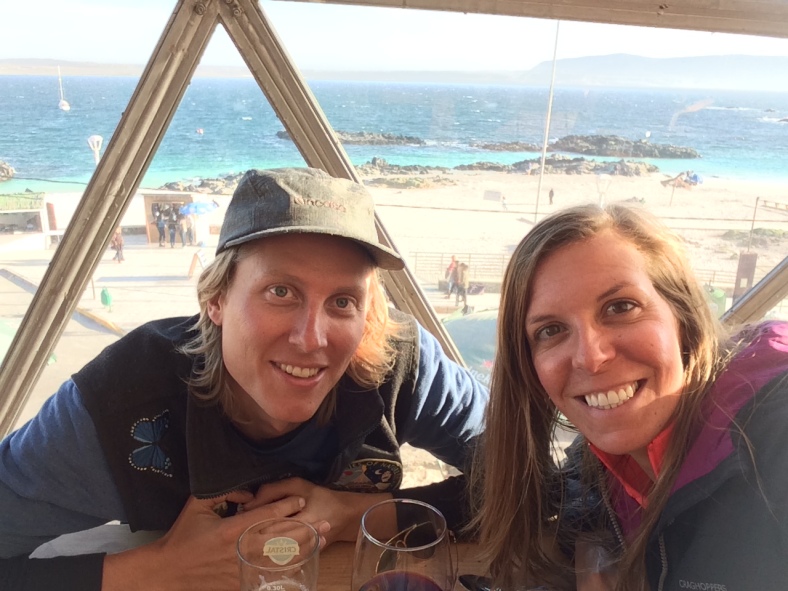 Drinks in the Dome

Even though there was exponentially more people in Bahia Inglesa than in Caldera, it was still pretty quiet in the dead of winter.  I bet in the summertime this town goes off.  I’d like  to come back and check it out in January.

Eventually we had to get back to Caldera to return our bikes. It was solidly dinner hour and still nothing seemed to be open.  We walked around for an hour looking for a place to eat.  No luck.  The few places we found didn’t have any vegetarian options.  No offense to Calderans, but it’s a pathetic little town in the winter.  It has potential, and I bet it’s pretty decent in the summer, but I’m convinced that no one even lives there in the winter time, other than the street dogs.  Again, bad timing.

We didn’t have much luck finding amusement, bars, or food in Caldera, so our next and final day there was utterly unnotable.  We walked around the harbor and port, ate at a restaurant where we were literally the ONLY customers, and hung out with some sweet street dogs. 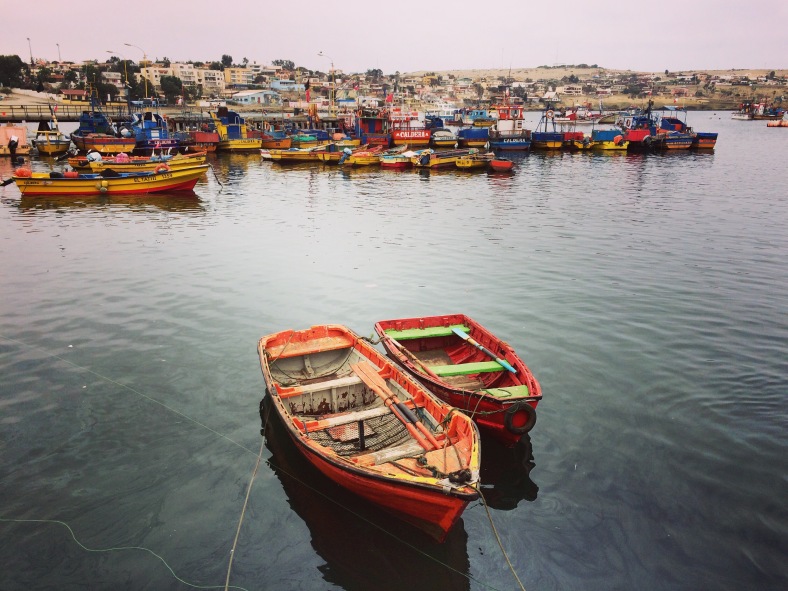 I named this one Regina 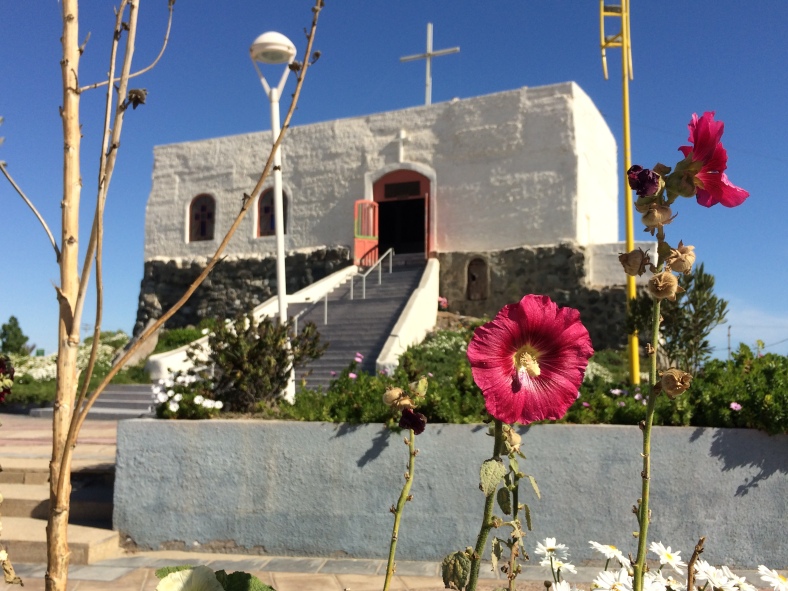 Ancient and tiny church in Caldera 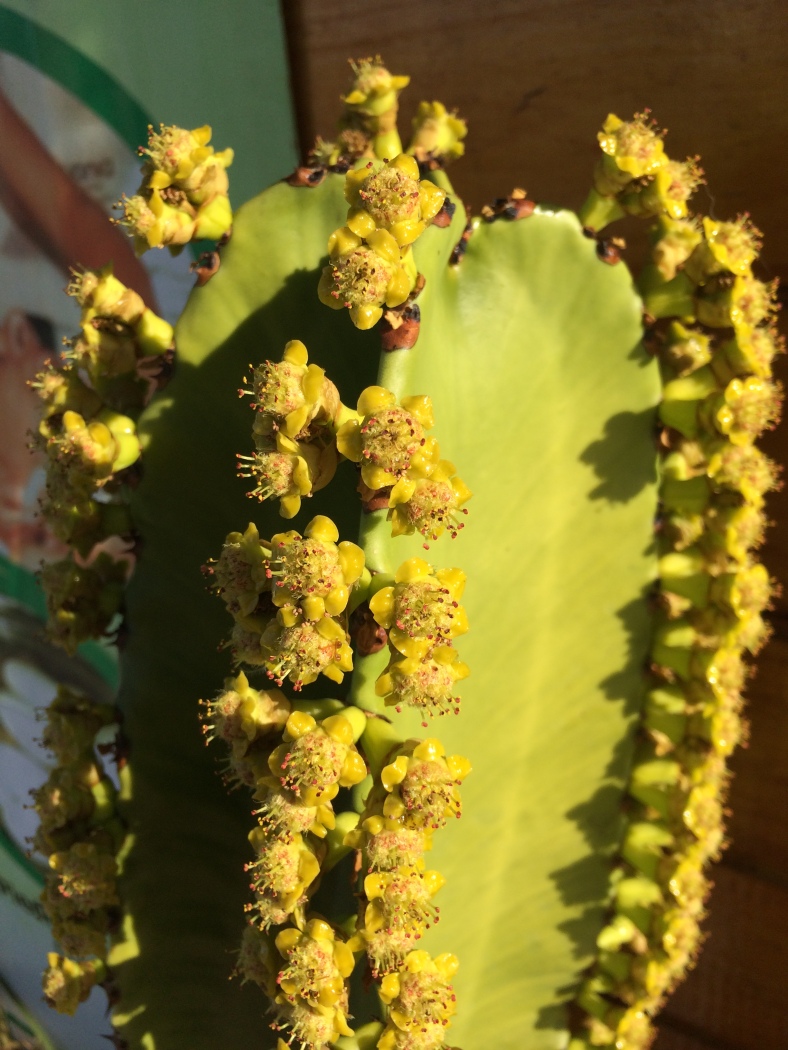 Homes on the beach in Caldera

Follow The World Is My Boyfriend on WordPress.com
Join 923 other followers